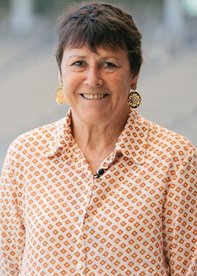 As a skilled and passionate athlete in her youth, Jan never had the chance to play Australian Football because female competitions didn’t exist. Overcoming societal and organisational bias during her 12 years as the AFL’s National Manager: Female Football Development Jan drew on her natural determination to lead the increase of female AFL participation across Australia from 16,000 to over 480,000 players. Collaboratively with State based colleagues she strategically developed the talent pathway, improved the professionalism of State Women’s Leagues, initiated State and National High Performance Academies and developed national competitions in 16s schoolgirls, AFLW 18s and eventually, AFLW.

A well respected sport and education administrator Jan credits a great deal of this success to her leadership style – strong interpersonal skills, the ability to galvanise people across Australia to drive the same vision no matter what their role or level in the community and mentoring. She has successfully managed three National programs across her career all whilst living in Perth: Sportsfun (Australian Sports Commission), SEPEP Cricket (Cricket Australia) and Female Football Development (AFL).

Her advocacy and quest for providing evidence to validate significant decisions to make change extended to family members! Jan’s nephew was convinced to conduct research into the appropriate size football for women. In his Masters in Sport Engineering thesis he provided the appropriate research evidence for the AFLW ball size (being smaller than the traditional, previously unsubstantiated hybrid women’s football).

Jan’s natural propensity to facilitate opportunities for people to be the best they can be now extends to her current role the Manager of West Coast Eagles Wellbeing for their AFLW team. She enjoys supporting the players’ progress in all areas of their lives to become better versions of themselves whilst improving their football. This includes but is not limited to providing mindfulness coaching, education in recovery areas such as sleep, pivoting mindsets to more helpful perspectives and developing resilience.

Others have also tapped successfully into her mindfulness coaching including a current Australian Test Cricketer (who prefers to be anonymous), Beyond Bank and Perth College.

Jan has received an OAM and national Football Woman of the Year Award. She is inducted into WA’s International Women’s Day Hall of Fame, was a finalist in the Western Australian of the Year for Sport and United Nations Diversity and Inclusion finalist.

Locally she chaired the GoAL program (Get on Board and Lead) for the Department of Sport and Recreation to improve diversity in leadership roles in State Sport Associations. She is a member of the Diversity Gender Action Group that was the off shoot of GoAL. She has served on the funding committees of Healthway and Racing and Gaming.

The last two years has seen Jan fighting for herself! Having been diagnosed with breast cancer and with the support of the AFL community she raised $32,000 during The Big Shave for cancer research.

Jan’s ‘off grass’ interests include anything connected to water, reading, travelling, music and being with family and friends.

Mentoring (facilitating opportunities and allowing others to flourish)

The Power of Story Telling to cultivate cultural change