Print
Currently, Jason Li is Managing Director of RI Group China Limited, a private equity, investment banking and strategy advisory firm headquartered in Melbourne and Beijing and is on the Board of The Sydney Institute. Jason Li is in human... 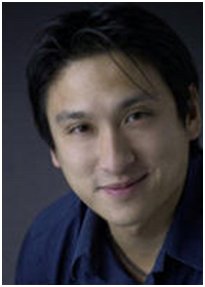 Currently, Jason Li is Managing Director of RI Group China Limited, a private equity, investment banking and strategy advisory firm headquartered in Melbourne and Beijing and is on the Board of The Sydney Institute.
Jason Li is in human rights law and he has now spent over five years working in the commercial sector in both Australia and China. One of his great interests is the interplay between corporate, political and community interests - a subject which he studied in the USA on an Eisenhower Fellowship. His extensive understanding of all three areas, and their interactions, will be invaluable to the Institute along with his expertise in, and passion for, an extraordinary range of other issues.
In 2006, he led a major campaign to improve road-safety in China that won the China International PR Association Silver medal for Best Campaign and the Economic Observer Award for most Creative Campaign.
From 1996 to 1998, Jason worked for the United Nations International Criminal Tribunal for the former Yugoslavia, in The Hague, the Netherlands. Jason Li worked with Sir Ninian Stephen on a number of pioneering cases in international law on genocide and war crimes.
In 1997, Jason Li returned to Australia to establish a new political party to combat the racist politics of Pauline Hanson’s One Nation that had just achieved great electoral success in Australia.
In 1997, Jason Li was also elected to the Australian Constitutional Convention and was instrumental to drafting and brokering support for the model of republican government that was put to Australian voters in the 1999 national Republic Referendum. Jason was Deputy Chair of the Australian Republican Movement, Youth Chair of the NSW Ethnic Communities Council, Chair of the Community Aid Abroad International Youth Parliament and cultural spokesperson for NSW Tourism during the Sydney 2000 Olympic Games. Jason is presently also a board member of the Sydney Institute, the National Centre for Volunteering and the New South Wales Government’s Sydney Metropolitan Strategy Group, as well as a Governor of the Smith Family.
Jason speaks fluent Mandarin, Cantonese, German and Dutch.

Australia’s Edge in a Global Economy - The Power Of Diversity and Multiculturalism
Australia’s Future Leaders - The Role Of Young People
Australia’s Place in Asia
Australia’s Role in International Relations
Corporate Social Responsibility – How to Drive Change in Large Complex Organisations.
Social responsibility - The New Field of Competitive Advantage For Corporations
The Power of Individual Initiative
The Promise of the Next Generation of Australia’s Young People
Walking the Fine Grey Line; Business Ethics in China
Subscribe
© 2022 Platinum Speakers