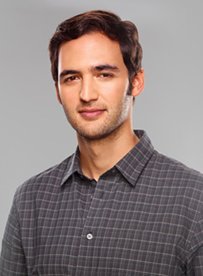 
"A Timothy Leary of the Viral Video Age" was how The Atlantic described television personality, filmmaker and philosopher Silva, who has also been described as "part Timothy Leary, part Ray Kurzweil, and part Neo from 'The Matrix.'"

A self-professed wonderjunkie, Silva is the creator of the web series SHOTS OF AWE, micro-documentaries exploring creativity, innovation, the co-evolution of human and technology, futurism, metaphysics, existentialism and the human condition. In short: Philosophy, Science and Art for the YOUTUBE generation.

The videos, which  “play like movie trailers for ideas,” according to The Atlantic, have spread like wildfire across the internet and have been viewed more than 9 million times.

Jason also created the web series FUTURE OF US for AOL, exploring exponential technology and the future of humanity.

The Imaginary Foundation wrote of Silva, “like some kind of Ontological DJ, he recompiles the source code of western philosophy by mixing and mashing it up into a form of recombinant creativity, which elevates understanding from the dry and prosaic, to a sensual cognitive romance.”

Others have described Silva as “a modern performance philosopher, a Digital DJ, a re-vitalizer and remixer of optimism, and above all, a curator: of ideas, of inspiration, and of awe… like a trumpet player or modern-day digital Mingus, he jams, riffs and rhapsodizes through a tumbling thicket of ideas with such a sharp and vital alacrity that it can take the breath away.

Technology and Innovation
The rapid, exponential growth rate of technological progress is transforming our world, disrupting established industries and leading us towards a radical transformation in many key areas, including the very fabric of what it means to be human. There are overlapping revolutions occurring in biotechnology, synthetic biology and genomics, nanotechnology and artificial intelligence, all of which game-changers. Jason's unique approach towards placing these transformations in context and "looking at the big picture" has made him a sought after speaker who brings an enthralling vision of what's next. Jason has presented his work on creativity, technology and innovation at keynotes for IBM, Intel, Microsoft, GOOGLE, Adobe, Electronic Arts, Cannes Lions, Pepsico, Lockheed Martin, Booz Allen Hamilton, The Economist, and many more.

Awe, Wonderment and the Currency of Curiosity and Inspiration
People are always looking for inspiration and awe, but only recently did a study from Stanford confirm that transcendent awe has numerous health benefits. But how do we put ourselves into these states of wonder and awe? Jason's highly viral series of short films, Shots of Awe, have literally ignited a conversation about the role of content and media in creating "awe-inspiring" experiences.
His videos and talks look at AWE as a pivotal ingredient in making ideas resonate and disseminate. As a self-professed "epiphany addict and wonderjunkie," Jason has been compared to Carl Sagan for his unique ability to convey a sense of awe with this talks and work.

Innovation and Thinking Differently
Innovation is at the intersection of seemingly unrelated ideas, when unexpected connections are perceived for the first time. Innovation is what happens when a sufficiently different point of view of things changes our perception of the problem or challenge at hand. This provides a new understanding, a new map from which to implement action. But how do we catalyze innovative thinking? How do we sufficiently "get out of our own way" in order to see things from a radically different perspective?
Media technologies are one way. Jason's web series 'Shots of Awe' is an experiment in using short from documentaries to heighten our mood and lift our spirits through the capture and management of attention, challenging our ways of thinking through a series of "trailers for the mind", a kind of media 'Shock and Awe' that helps dissolve boundaries of thought and transcend habituated modes of being.
Jason's speeches are like a 'concert for ideas', they pull people out of context, and challenge assumptions. His talks provide a much needed cognitive shift. He highlights the relationship between 'out of the box thinking' and innovation--and highlights the role of "inspiration" in de-conditioning our thinking in order to arrive at these innovative, insightful moments.

Creativity
People say 'creativity is just putting things together" and this is exactly what Jason addresses when explaining creativity. His talks focus on "expanding our associative net" and teaching ourselves to look for patterns across seemingly disparate areas. He talks about the importance of removing ourselves from habituated mental patterns and pulling ourselves drastically out of context in order to "gawk in amazement at the ubiquitous everyday wonder's we're culturally conditioned to ignore" and have creative insights.