Print
Raconteur, elite sportsman, film producer & league legend, Jason Stevens is not your average sport star. He played for 14 seasons in the National Rugby League competition with both the Cronulla Sharks and the St George Dragons, also representing both NSW and Australia on numerous occasions. 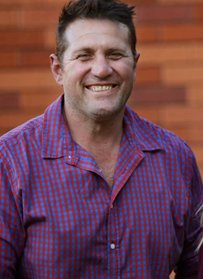 Jason's outgoing and friendly nature allows him to relate to people from all walks of life, from business people to youth.

Raconteur, elite sportsman, film producer & league legend, Jason Stevens is not your average sport star. He played for 14 seasons in the National Rugby League competition with both the Cronulla Sharks and the St George Dragons, also representing both NSW and Australia on numerous occasions. Although in 2000 he received an Australian Sportsman's Medal for his accomplishment, it's his work off the field that has contributed to him being described by Australia's number one newspaper as "the changing face of rugby league".

Since retiring from the game, Jason's charismatic, warm and witty nature catapulted him onto our TV screens where he featured and had his own segments on The Footy Show, The Fat and The Matty John's Show. In 2010, Jason hosted his own lifestyle/variety show on 7two called, Big J's Place, sharing a presenting role with his wife Beck.

Jason has also established a distribution company called Resplendent Pictures. It seems that whether he is telling a joke, speaking on sensitive issues or talking sport, Jason Stevens speaks with authority. He's engaging and passionate which makes him an appealing guest speaker who’s twice been invited to speak at Parliament House in an intimate audience with former Prime Minister John Howard, and has also regularly given his time to speak at schools on a variety of issues, as well as in a corporate environment. Jason has spoken to numerous corporate audiences including Telstra, Phillips, Volkswagen, Accor Hotels, Australian Federal Police, Kennards Hire and the Young Leaders Foundation in front of 20,000 young leaders across the nation.

Jason shares the struggles of his early childhood, being raised by a single mother in adverse family circumstances and then rising to the top of his field by using these challenges as motivation to propel him towards his destiny.

Jason has also excelled academically; completing a Bachelor of Commerce degree at The University of New South Wales. He is the author of two best-selling books, Worth the Wait and Stand Tall. In 2007 he released the DVD Wait for It through Warner music.

Personal success versus team success - the power of a united team

The power of a dream

Dealing with conflict - getting better, not bitter!

Why attitude makes the difference