Print
Jasper Becker provides a wealth of insight on the rise of China and the impact this is having on its neighbours and trading partners. His travels to every corner of China and a series of well researched books have made the author a highly sought... 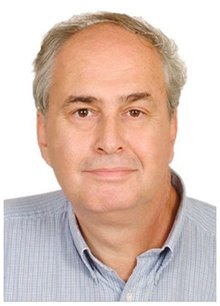 Jasper Becker provides a wealth of insight on the rise of China and the impact this is having on its neighbours and trading partners. His travels to every corner of China and a series of well researched books have made the author a highly sought after speaker.
Entertaining, candid and often irreverent about the realities of China, Jasper Becker is regularly called on to brief economists, investment fund managers, diplomats, investors and others about the possibilities and limits to change in. He has been invited to speak in Washington, Los Angeles, London, Singapore, Bangkok and Hong Kong at conferences in security issues, economic macro trends, and increasingly about the future of China in the 21 st century.
Jasper Becker’s research into the burgeoning problems of environmental management, resettlement, urbanisation which has appeared in publications like National Geographic puts a broader and qualitative perspective on China's high growth rates. His range of expertises covers not just the rising urban consumer classes, the state-owned industries, foreign investment and fiscal reform but also less publicised changes to the health and legal systems, the reform of the bureaucracy, and the challenges facing the hundreds of millions of rural poor.
Groundbreaking historical research in works like Hungry Ghosts , a set text in many university courses, enable the speaker to put current trends in a wider historical context. Jasper has also authored ‘Rogue regime : Kim Jong Il and the looming threat of North Korea’.
What the Chinese think about their past tell you a lot about how they hope to create their future. Jasper Becker is working on a new book on the rebuilding of Beijing, the largest infrastructure project in the world, a project all about China's fascination with modernity and the reinvention of its identity.
The long term implications of China's population changes and its economy are to be examined in another book ‘Dragon Rising’, an inside look at China today.
Jasper Becker looks at the world's most populous nation and where it's headed as it transforms itself into a global economic power. Intertwining in-depth analysis with revealing anecdotal evidence, he addresses every major question. What form will China's government take? How will communism's legacy affect modernisation? Can Shanghai's success with urban capitalism be replicated elsewhere? Will wholesale cultural and economic change be resisted by the millions facing sudden transition from an authoritarian state to a market-driven society? How will the new China cope with pollution, unemployment, and voracious demand for energy? Each chapter examines a specific region and such key local issues as poverty, minority unrest, and official corruption, then places them in the broader context of Chinese society as a whole.