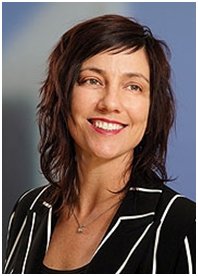 "Excellent presentation for our Senior Executive Forum. Jenny's speech encompassed a real depth of knowledge on 'Leadership' and 'Teamwork' from both business and sporting perspective. She tailored her speech to our exact brief. We have since rebooked Jenny for a future forum."

"Jenn was great in catching and holding the attention of a 350 plus crowd at a cocktail style function. Her speech was relevant, motivating and very entertaining. Her great personality really shone through."

"Jenn was excellent. Her speech was relevant, interesting and delivered with a great sense of humour. We will definitely be rebooking Jenn for future events."

"Many Town of Kwinana staff have provided extremely positive feedback regarding Jenn's presentation for our Staff Summit. Her speech was well targeted, humorous and informative. Her DVD was also excellent. Our overall rating for her presentation is: Excellent."

Jenny Morris OAM travels from WA
Fee Range: Up to $5000

Jenn represented Australia in hockey from 1991 to 2000 playing 150 games for her country and scoring 86 goals.

She was one of the original players from the Ric Charlesworth era which remained undefeated in major tournaments for almost a decade until 2000.  Jenn was one of the senior members of the team and shared the captaincy of the Hockeyroos during her entire career.

She was described by Ric Charlesworth in his book The Coach – Managing for Success, as the “best player in the world in her position, and also the most resilient.”

Her resiliency was underpinned by her determination to make Sydney 2000 Olympic Team after spending two and a half years on the injured list, after complications arising from a knee reconstruction. This was Jenn’s second knee re-construction, her first in 1991 effectively ruled her out of the Barcelona Olympics in 1992.

The gold medal at the Sydney Olympics was to be a memorable one, Jenn sealed it in great style scoring the final goal to claim victory for Australia in what was her 150th and final game of her distinguished career.

After retiring from international sport Jenn now works with leading international professional services firm Deloitte as Director of their Consulting Division, is the immediate past Chairwoman of Healthway WA (Western Australian Government Health Promotion Authority), and a board member of Western Australian Institute of Sport and Fremantle Football Club (Dockers).

Jenn’s other achievements include: