Print
Jeremy Oliver is one of Australia's foremost wine writers and presenters. He is a widely read and fully independent commentator whose words are published in several countries. In January 2005 he was named the inaugural Wine Writer of the Year... 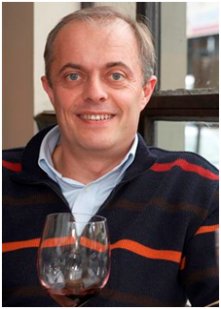 Jeremy Oliver travels from VIC
Fee Range: Up to $5000

Jeremy Oliver is one of Australia's foremost wine writers and presenters. He is a widely read and fully independent commentator whose words are published in several countries. In January 2005 he was named the inaugural Wine Writer of the Year by the widely circulated Australian Wine Selector magazine.
Jeremy Oliver began writing about wine in 1984 with the release of his first book, Thirst for Knowledge, in the process becoming the world's youngest published wine author. He has since published another fourteen books, plus hundreds of articles all over the world. He has hosted most of the leading wine events in Australia and also works in an ambassadorial capacity for Australian wine in export markets.
His books include the best-selling The Australian Wine Annual (now in its ninth edition), More Thirst for Knowledge and Evans on Earth (a biography of Len Evans). Jeremy is a regular contributor to Gourmet Traveller's Wine Magazine, The Australian Way (Qantas inflight), The Straits Times, Wine & Dine (both Singapore), OLN (UK), Drinks (USA) and a number of other publications. He is also a regular presence on ABC Melbourne Radio.
Jeremy Oliver is also in the process of developing some world-leading wine software for consumers, subscribing to Jeremy Oliver's website is the best way of keeping updated with his tasting notes, ratings, articles and reviews. It incorporates all of the ratings he makes throughout the year, plus all of the articles he contributes in Australia and around the world. In addition to that, Jeremy also writes articles especially for subscribers to this site.
Jeremy Oliver's style is typically unambiguous and to the point. Because he is not associated with any wine producer or distributor, he believes he can say what he wants to… and does. He is also one of the only wine writers in Australia with a formal tertiary training in winemaking and viticulture. He has a Bachelor of Agricultural Science from the University of Melbourne and studied winemaking at Roseworthy College, South Australia. He strongly believes that if you're going to write critically about wine, the least you can do is to learn how to grow and make it.