Print
With career total sales of over 3 million albums, Jimmy Barnes is one of the most successful male performers in Australian music history. From his 1984 solo debut Bodyswerve and the runaway success of 1985's Freight Train Heart and 1990's... 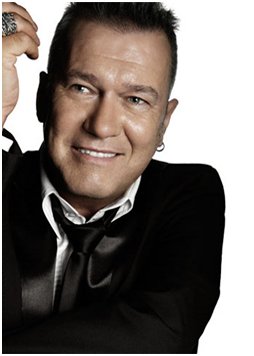 With career total sales of over 3 million albums, Jimmy Barnes is one of the most successful male performers in Australian music history. From his 1984 solo debut Bodyswerve and the runaway success of 1985's Freight Train Heart and 1990's Two Fires. From the ten times platinum soul tribute of 1991's Soul Deep and the intimate acoustic stylings of 1993's Flesh and Wood to the raw blistering rock of 1999's Love and Fear, the Soul Deep sequel, Nr1 Platinum album Double Happiness and his current Platinum studio album Out In The Blue, Jimmy has been there, done that and had a good time while he was doing it!
Barnestorming" was the title of Jimmy Barnes' first live album and somehow the phrase just fits the man. It was 1973 when a 16 year old lad turned up to his first gig playing on the back of a truck in the back blocks of nowhere. Five years later he was in the studio cutting the first Cold Chisel album, living on next to nothing and sleeping anywhere he could find a bed. At that time Cold Chisel had no idea that any of the songs that they were recording would go down in history. By the time they recorded their third live album they were the best band in Australia. Unfortunately, Cold Chisel never achieved the same success overseas and the band broke up. Barnesy continued in the music industry as a solo artist, producing many hit records. 2000 saw a reunification of Cold Chisel and yet another hit record. While his career and inspirations are varied and contrasting, what is clear is that Jimmy's success lies in the fact that his music comes from the heart.
In 2000, Jimmy Barnes released the sequel to the successful 1991 album Soul Deep, Soul Deeper. Again he recorded a batch of favourite Soul/R&B songs from the 1960s, this time he utilised many of the actual musicians from that era as well as fellow Aussie musos such as Mark Lizotte (aka Diesel).
2005 saw the release of “Double Happiness”. In this new album Jimmy Barnes has found a new, evolving sound, building on the foundation of his rock & roll heritage, he’s added a strong female element to the tunes, a lot of acoustic, down-to-earth sounds and a deep seam of soul music through the whole record. For it he collaborated with many other well known artists including- Dallas Crane, The Living End, Diesel, Tina Turner, Joe Cocker, John Farnham, The Badloves, Troy Cassar-Daley, Smoky Dawson, Tim Rogers, Billy Thorpe and David Campbell.
Early in 2007, Jimmy underwent open-heart surgery to repair a congenital heart defect. The recovery from the surgery necessitated several months of bed rest. It was during this time that Jimmy began writing for the album ‘Out In the Blue’. “Basically I had to spend time on my own being sober and straight six months in bed,” he said. “Suddenly a floodgate opened. I was writing two or three songs a day. I guess the process of being close to death brought a whole creative urge back.” Those songs formed the basis of Jimmy’s 14th solo album and his first complete new project since 1999’s ‘Love And Fear’.
Jimmy Barnes - A true Australian music legend and a favourite performer for absolutely everyone.
Subscribe
© 2022 Platinum Speakers