Print
Joe Camilleri, writer of milestone Australian songs such as So Young, Hit And Run, Shape I’m In, Hold On To Me, Harley and Rose, Chained To The Wheel and Never Let Me Go, has given his life to making music in this country. Leader of two of this... 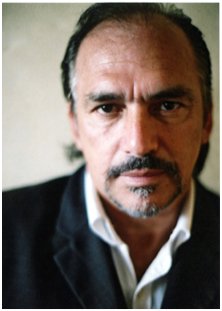 Joe Camilleri, writer of milestone Australian songs such as So Young, Hit And Run, Shape I’m In, Hold On To Me, Harley and Rose, Chained To The Wheel and Never Let Me Go, has given his life to making music in this country. Leader of two of this country’s most successful bands, Jo Jo Zep and The Falcons and The Black Sorrows, Joe’s music has become part of our lives.
In 1975 Joe formed Jo Jo Zep and The Falcons, a band who swung from R’n’B to reggae, power pop and ska. Jo Jo Zep and The Falcons toured the country relentlessly and became one of Australia’s finest live outfits. The band also toured the USA.
In the early ‘80s Camilleri and friends started up a new band, The Black Sorrows and have released 12 albums over the past fifteen years and sold well over a million albums world-wide. The Black Sorrows has always been an elastic band and over its life has been home to some 32 of Australia’s finest musical talents. Vika and Linda, Jen Anderson, Stephen Hadley, Michael Barker, Peter Luscombe, Nick Smith, Ross Hannaford and James Black (just to name a few
The Black Sorrows continue to be one of Australia’s most successful touring bands. In 1990 The Sorrows won the ARIA Award for Best Band. The Black Sorrows albums Hold On To Me (1988), Harley and Rose (1990) and their greatest hits compilation The Chosen Ones (1993) each amassed triple platinum sales with the bands’ other releases collecting gold and platinum sales.
Joe’s next hobby band, The Revelators, released their stunning debut CD, ‘Amazing Stories’ in the early 1990’s. A tribute to the players’ favourite music, ‘Amazing Stories’ expressed the width and breadth of Joe’s love for all types of music. The Revelators released their second disc ‘The Adventures of The Amazing Revelators’ in late 2000 to superb public and critical acclaim. In Oct 2002 came their self-titled third album consolidating the outfit as a serious touring and recording act.
In Sep 2003 Joe released his first ever acoustic album, Bakelite Radio. The press are raving, describing Bakelite Radio as ‘warm’, ‘relaxed’, ‘classy’ and ‘sublime’. This year also sees the reformation of The Falcons and the release of their brand new album, Ricochet.
In 1996 Joe and partner, Andrew Walker formed the Jazzhead label, a label that is now reputedly the hottest contemporary jazz label in Australia. Enabling young contemporary musicians to release their work, the label has been instrumental in expanding the jazz scene in Australia and collected the ARIA Award for Best Jazz Release in 1998 with Ian Chaplin and Scott Tinkler’s ‘The Future In Today’. Joe’s invlovement in Jazzhead, as creative director and producer, is part of his aim to share his experience with young musicians; an ongoing commitment to new talent in Australia. He also owns and runs one of Melbourne’s best recording studios, Woodstock Studio. Joe Camilleri is one of the most committed and successful musicians this country has ever produced – a man who loves and lives music
Subscribe
© 2022 Platinum Speakers