Print
From sell-out shows at the Melbourne International Comedy Festival to performances in Los Angeles and Las Vegas, Joel Ozborn’s clean and professional approach to comedy has made him a hit with corporate clients across the globe, including... 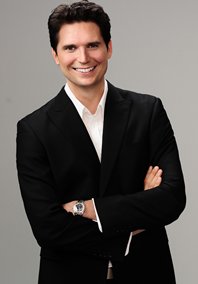 Joel was great, very entertaining especially with a difficult to please guests. He definitely won over a tough crowd of older male dealers. He was great in engaging the audience and it was a definite value add that he went around the room and spoke to as many of the guests as he could. We would definitely recommend him and would absolutely use him for another event!

As you can imagine, a business awards ceremony can sometimes be a bit dry, however as host, Joel’s comedic wit, enthusiasm and fresh jokes meant our guests were in stitches all night long, while also staying focused on the proceedings of the evening. His ability to think quickly on his feet was tested, when an impromptu charity auction was sprung on us. In literally a minute Joel transformed from MC to auctioneer. His professionalism, adaptability and ability to work under pressure have been a blessing to us all, which has made working with Joel a delight to work with. I would highly recommend him to any organisation looking for a comedian MC to host a corporate event, and would not hesitate in booking Joel again to host one of our events.

Joel Ozborn created a great fun atmosphere. Overall we had a great corporate night with our sales and marketing teams. Having a HR brief that afternoon we were a little anxious, however Joel delivered a great fun performance that had our HR manager and the sales & Marketing teams in stitches.

Dear Joel, Thank you so much for your brilliant work with us on our Futsal Premier & Super League Dinner.  Your dedication and attention to detail was outstanding, going above and beyond to get all the award winners names correct!  Ever obliging, your professionalism is an asset to any event. Thanks again, we hope to work with you in the future.

Joel Ozborn travels from NSW
Fee Range: Up to $5000

From sell-out shows at the Melbourne International Comedy Festival to performances in Los Angeles and Las Vegas, Joel Ozborn’s clean and professional approach to comedy has made him a hit with corporate clients across the globe, including Qantas, Heinz, Budweiser and Toyota to name but a few.

Joel’s first real taste for comedy came when he won his high school public speaking competition. Rather than delivering a conventional speech on politics or the environment, Joel chose to talk about the anxiety of wombats, which left both students and teachers in stitches.

Following in the footsteps of Robin Williams and Eddie Izard, Joel began honing his craft on the street at Sydney’s Circular Quay. Not wanting to resort to the predictable type of street show by juggling or on unicycle, Joel created his own unique style of street comedy, which led to him winning the 1998 “Street Performer of the Year” competition presented by the Sydney Opera House live on 2Day FM.

Later that year, Joel moved to America to work with internationally renowned comedian/magician The Amazing Jonathan. Over the course of the next few years, Joel found himself travelling extensively across nearly all 52 states. His street performing continued in Los Angeles in front of the large crowds at world-famous Venice Beach. Knowing all too well that people there were used to the bizarre, Joel created more “off the wall” comedy to really grab their attention. This included having a sling shot fired at his face and squeezing his body through a tennis racket.

On his return to Australia in 2002, Joel became a regular in comedy clubs across the country, including regular performances at Sydney’s Original comedy Store, where he continued to entertain audiences with his unique style of comedy. This quickly led to a number of performances around the globe, from south East Asia to as far as Las Vegas.

In late 2004, Joel returned to the world-famous Sydney Opera House, this time performing inside. The following year proved to be Joel’s busiest yet as he embarked on a successful National Theatre Tour with fellow comedian, Akmal Saleh. Towards the end of 2005, he joined American comedian, Arj Barker on his Theatre Tour and sell-our season of Sydney shows.