Cricket legend, John Buchanan has extensive experience in leadership, coaching and developing high performance culture for large and small organisations. He is the Director and Owner of leadership and coaching business, Buchanan Success Coaching.  He led the Australian cricket team to a World Record of 16 straight Test match wins and an unbeaten record of 24 one day international victories in two successful World Cups 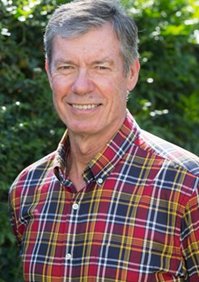 Thank you for a thought provoking forum. Having the chance to reflect on different leadership models and experiences will undoubtedly help us to ensure the All Blacks have a winning leadership formula.

The quality of his material and the professionalism of his delivery resulted in delegates rating John as our best ever closing speaker.

I have seen many speakers over the years and this was one of the best leadership sessions l have ever seen. So much great content, such interesting stories and a real take home value for all of us that manage teams.

Getting such a high profile person (who has been very successful) was a coup.

Guest speaker was excellent and topical.

John was absolutely fantastic in responding to our brief and creating a key note speech and presentation that was relevant, entertaining and insightful.

Cricket legend, John Buchanan has extensive experience in leadership, coaching and developing high performance culture for large and small organisations. He is the Director and Owner of leadership and coaching business, Buchanan Success Coaching.

John Buchanan led the Australian cricket team to a World Record of 16 straight Test match wins and an unbeaten record of 24 one day international victories in two successful World Cups. The Australian Cricket Team were World Cup Champions and Test Cricket World Champions at the time of his retirement.

At the time of his retirement, the Australian Cricket Team were the World Cup Champions, Test Cricket Champions and One Day Champions, and also returned the Ashes to Australia in early 2007. This record of victories makes John the most successful coach in history with a winning record of over 75%.

John has a degree in Human Movement, a teaching Diploma and a Master of Arts in Sports Administration from Alberta University in Canada. He has also been granted an honorary doctorate by the University of Queensland for his services to sport.

This education has influenced John’s coaching style, which is vastly different to those used by cricket coaches for generations. John has taken his teams on their respective journeys to ‘Everest’ or being a team that dominates their marketplace by trying to play a different game to everyone else. He was the first coach to use computer analysis of every ball bowled, and he retained a unique approach to coach the ‘whole person’ rather than just the athlete.

He now is Director of his leadership & coaching business, Buchanan Success Coaching which finds John spending most of his time assisting CEOs and their senior leadership teams understanding how to lead for high performance outcomes.

John has authored three books, the first of which, “If Better is Possible”, continues to be popular across many audiences from corporate leaders to sport coaches and athletes. His second book, “Learning from Legends – Australian Cricket”, focuses on leadership lessons and was released in November, 2008; while his last book, “The Future of Cricket” wrote about the early days of the Indian Premier League, the then new 20 over phenomenon, and looked at where the game may be heading.

He is a patron of REDKITE which is a not-for-profit organization supporting families of children who suffer cancer.

Leave your legacy as a Leader - A session for Directors, CEOs, Executives and those who have a desire to understand how to better lead their business, organization or community.

Why play the same game as everyone else? - A session that explores the concept of organisational vision, and empowers leaders and the business to see differently into the future.

Metrics, performance and sacrificial acts - An investigation of the current organisational measures of success, and suggesting that there are others which can be more impactful for individuals and the organisation.

Dealing with slumps and poor results - A session that looks at the flipside of peak performance to provide insights to why results have slumped.

Creating a winning team culture - An investigation of the elements that contribute to team culture, and how they can be imbedded for organisational change.

Leadership and respect - A session that looks at a leader’s coaching philosophy, principles and values.

Coaching the most successful team in cricket history - A series of anecdotes about the Australian cricket team which illustrate why they achieved the success they did.

Learnings from sport that apply to business and business leaders - An organisational change program that provides methodologies for individuals, leaders and the team to achieve peak performance.