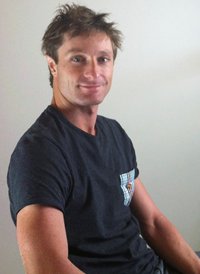 “The personal challenges that he overcame through determination, perseverance and resilience was a truly inspiring experience for all involved. John tells his story in an honest, open and engaging manner and even in some of his most trying moments of the expedition, he seems to find a way to find the funny side of what are seemingly incredibly daunting situations. Our players and staff are still talking about the presentation and what they got out of it individually and collectively. As an elite sporting team with a strong focus on developing mental resilience and personal resolve, John’s story has been a terrific example of what can be achieved when you truly set your heart and mind on something.”
Jon Haines, GM, North Melbourne Kangaroos, AFL

“We enjoyed your humour and motivational words. We suffered in your agony and felt your disappointments. You spoke to the audience with passion and kept us engaged throughout your autobiography of accomplishing your dream. You have inspired others to keep on trying but most importantly to plan and prepare” –
Glenda Abraham, CBA

”John Cantor is the best talent I have ever worked with.”
Marc Smith, Australian Story producer, ABC.

”Thanks so much for sharing your story with our members at our recent National Professional Development Day series. The feedback at the event was very positive and the formal ratings of your sessions in our post event survey were excellent.  Your message around resilience and mental toughness is delivered in a very relaxed style and your use of videos really adds to the delivery.” –
Phil Quin-Conroy, CEO, PLAN Australia

John Cantor travels from QLD
Fee Range: Up to $5000

How do you know when to stick and when to quit? When you hear John Cantors story you may think to ask him that very question. John spent 6 years on a seemingly impossible expedition traversing the Brooks Range solo. Brooks Range is a 1600 km expedition in Alaska that is considered one of the most brutal in the world. Only 4 Americans had completed the Brooks and John was just a 21 year old surfer from Noosa Heads when he set the task. He had no real experience other than braving the waves, needless to say, the odds weren't great. Yet John chose to stick and not to quit.

It wasn't an easy road and John Cantor discovered that youthful exuberance, will and drive were simply not enough to conquer the range. He was defeated over three consecutive attempts. There were plenty of good reasons to give up, injuries, anxiety, fear and financial stress. Ultimately John realised that blind faith and desire were not going to be enough. Instead of saying "I can't" he stepped up when it would have been easy to quit and asked "how can I?".

After taking 12 months off to recalibrate and prepare John returned to Alaska to take on the range. Not only did he become the first Australian and only the fifth person ever to do this, he set a speed record, crossing the range in 31 and a half days. He averaged 52km/day for the hiking section and 90km/day for the kayaking section. This journey is now documented in a book John is writing and will be turned into a feature length documentary with the footage John shot over the six years.

John's expedition was featured on the ABC's Australian Story and was the most downloaded episode for 2012. His book about his journey will be turned into a feature length documentary using the footage he shot over the six years.

For his next expedition, the Winter Traverse, John and his expedition partner, fellow adventurer Evan Howard, flew to Alaska in January 2014 but had to pull the plug on the 10th day due to John developing frostbite. They had been smashed by severe weather on the first three days, not allowing them any time to acclimatise. John battled on through agonising pain in his fingers for another week before making the hard decision to end the trip and saved his fingers from permanent damage.

Although not the result John had hoped for, he took solace from knowing this time his preparation and execution had been near flawless. However, these experiences have only made him stronger and his next trip is already in the making.

John is spending a great amount of time travelling domestically and globally sharing his story. People are mesmerised by the expedition and his descriptive encounter of his experience. Audiences also come to understand many of John's examples translate as metaphors for their own lives. Discover your passion. Make a choice, commit and take action. It's ok to fail spectacularly, but learn from it! Never let fear be a reason to stop you. Take the small wins. Persevere. Desire and passion are not always enough, they are more effective when coupled with the correct preparation and planning.

This is a living story as John still hasn't learnt the art of quitting!