Print
Jonathon Welch AM is a multi award winning singer, conductor, teacher, public speaker, songwriter and recording artist for EMI, Tall Poppies and the ABC. Making his debut with Dame Joan Sutherland at the Sydney Opera House in the... 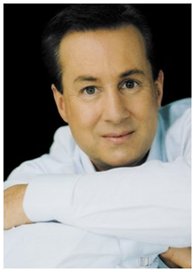 
Making his debut with Dame Joan Sutherland at the Sydney Opera House in the "Merry Widow" 1988 for Opera Australia, Jonathon has over 60 stage roles to his credit and has performed extensively in Opera, musicals, G&S and in concert alongside many of the world's greatest singers, directors and conductors including kd Lang, Baz Lurhmann, and Richard Bonynge to name a few.

In 2007, Jonathon's work creating choirs for the homeless and disadvantaged in Australia was the subject of an internationally acclaimed ARIA, Logie and Helpmann award winning TV documentary "Choir of Hard Knocks", also creating the "Jailbirds" documentary in the Womens Prisons and was a Judge on the highly successful "Battle of the Choirs" TV series for Channel 7.

Jonathon has been recognised for his outstanding 30 year commitment to the music industry and his work with marginalised and homeless communities and has been awarded Australian of the Year Local Hero 2008, ANZAC of the Year 2009, an Honorary Doctorate and an Order of Australia in the Queen's Birthday Honours in 2009 and an Honorary Fellow of the Australian Council of Educational Leaders in 2011

With passion and the right attitude Jonathon will motivate and inspire your audience. He may even perform a couple of songs!!
Subscribe
© 2022 Platinum Speakers