A rugby expert and motivational speaker, Justin Sampson draws from his career and experiences to cover areas of leadership, teamwork and sales training. 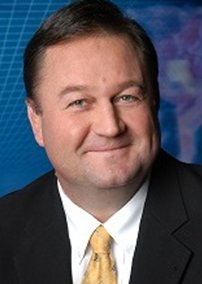 Justin, we were so happy that you could be a part of Amicorp Singapore’s charity fund raising event in February. You mesmerized and totally engaged the guests with your hypnotic auctioneering skills. Thank you so much for volunteering your time, and for helping us to meet our fundraising target. Your support has helped us to make a real difference to disadvantaged families of Les in north Bali.

Justin was the auctioneer of Food from the Heart’s annual fund raising event, Passion Ball, which was held at the St Regis Hotel on 25 April, 2015. Justin brought his energy and commanding style to the auction and through his efforts we were able to raise $313,000. Well done Justin!

The British Chamber of Commerce in Singapore has worked with Justin Sampson ‘Sambo’ for more than 10 years; Sambo has a very good presence on stage, he is engaging and entertaining and can capture large audiences. He is a great supporter of the Chamber, hosting our Annual Rugby Dinner and serving as brilliant auctioneer at our Annual Ball. We look forward to continuing this fruitful collaboration!

Justin is a commentator, professional master of ceremonies, auctioneer, motivational speaker and management trainer who has worked with a wide variety of companies, charities and media outlets in Asia, Australia and the Middle East. He is based in Singapore.

A former player and coach in his native Australia and elsewhere, Justin was a commentator at ESPN STAR Sports Asia for eight years and is now a regular contributor to Fox Sports Asia and Channel News Asia, along with radio stations and newspapers in Hong Kong, Singapore and Malaysia.

Rugby has been a big part of Justin’s life and career. Highlights of his roles as an expert commentator include:

Tri-Nations tournaments. He also was part of the weekly panel on the Rugby Show

New Paper in Singapore and espnstar.com

In 2006, he set up Sampson Marketing Services, which provides support on sponsorship, event management and corporate hospitality. As a speaker and celebrity auctioneer, he works with global and local organizations at corporate events, fundraising galas, conferences and seminars.

Justin was a national coach with the Singapore Rugby Union for more than five years after spending three years in Tokyo as a player/coach for Kubota Corporation in the mid-1990s. He was also the assistant coach and technical advisor for Indonesia’s national rugby team in 2007 to 2009.

He played provincial representative rugby for Country Origin in Sydney and for New South Wales Country, where he lined up against the All Blacks in 1988 and the British Lions in 1989. He was captain of his 1st Division club in Sydney for three years and was a runner-up for the Sydney Morning Herald’s Best and Fairest Award in 1990 and the Rothmans Medal in 1991.

As a keynote speaker Justin draws from the similarities between sport and corporate management on areas of teamwork, leadership and sales.  His presentations are highly motivational and engaging.