Entrepreneur and businesswoman, Katherine Sampson is founder of sandwich bar ‘Healthy Habits’.  Katherine speaks about her journey, determination and commitment in turning one store into 40. 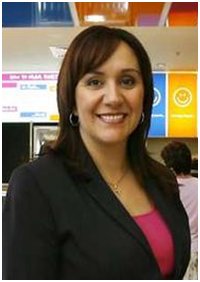 Katherine Sampson travels from NSW
Fee Range: Up to $5000

Katherine Sampson started life in a Big Fat Greek Family. Leaving school at 16, marrying at 18 and having her first child at 25, she had no aspirations for a career outside of the home.

Life took a turn, when facing life as a single mother with 2 children, she decided to create a future for her family and in 1992 bought a run down sandwich bar in Knox City Shopping Centre for $300k. She worked hard, upgraded the store and renamed it Healthy Habits.

Healthy Habits was soon after awarded Food Retailer of the Year three years in a row, and the following year, she was named Best Retailer at Knox City Shopping Centre.

Katherine decided to open additional Healthy Habits stores at Southgate and Glen Waverley and shortly thereafter, a Café concept called Infusion was launched. The businesses were growing and life was comfortable for Katherine and her children, but her dream and vision for a franchise were never far from her thoughts.

In 2004 Katherine took the next step and started the Healthy Habits franchise. 41 stores were opened in Victoria, Canberra, New South Wales, Queensland and Christchurch New Zealand.

In 2009, Katherine decided it was time to bring on additional expertise and funding and sold 80% of her business to the Dymocks Group of Companies. In 2012, the remaining 20% was also sold to them.

After taking a well-deserved break and rebalancing her life, Katherine recently launched a new Burger concept called HELLO SAM.  She is working on the model and intends to expand it in the near future.

Let Katherine take you through her journey. She has had many highs and some lows, which she will share with you.

·         How did she manage life as a single mother and businesswoman?

Katherine’s honest and raw presentation is unique and absolutely perfect for people wanting to take a step into the unknown, or for others heading along a similar business journey.