Print
Fighting for Justice.  The Kelly’s are the parents of 18-year-old Thomas, whose life was cut short after an unprovoked and fatal attack in Kings Cross in July 2012. Dazed and raw from having to turn off their son's life support, Kathy and Ralph Kelly were the epitome of courage. 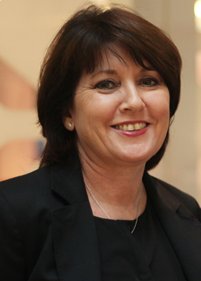 Kathy Kelly travels from NSW
Fee Range: Up to $5000

Fighting for Justice.  The Kelly’s are the parents of 18-year-old Thomas, whose life was cut short after an unprovoked and fatal attack in Kings Cross in July 2012.

Dazed and raw from having to turn off their son's life support, Kathy and Ralph Kelly were the epitome of courage.

When your child is a victim of an indiscriminate homicide it tears your world into pieces.  Told by the Office of the Department of Public Prosecutions (DPP) that their family would be ‘lucky’ to see their son’s killer receive a sentence of two years, hear how this family never laid down and accepted a system that at best was antiquated and at worst lacking in a duty of care.

Forming a formidable Foundation, the first target was aimed at amending the sentencing laws through lobbying the NSW State Premier and Attorney General, as well as advocating for lockouts (1.30am) and last drinks (3.00am).

The introduction of these new laws commencing February 2014, resulted in zero serious brain injury admissions, as a result of alcohol intoxication, to Sydney’s largest hospital – St. Vincent’s – for the whole of 2014.

The Foundation has set about exploring how to change our culture – to educate youth of responsible drinking and behaviour, through the Foundations brand: “TAKE Kare”

They were brave enough in fronting the media to talk about their unimaginable tragedy.  Especially inspiring though was their decision, at such a desperately sad and confused time, to speak about deciding to donate Thomas's organs, saying, "his death should result in some life to other people."

As a speaker, Kathy is trusted and credible. She delivers positive and powerful messages through her personal story of hope and faith.  Kathy’s story is eye opening. Together with Ralph (her husband) and their daughter Madeleine (17) and younger son Stuart (14) they watched Thomas fight for his life in ICU at St. Vincent’s Hospital, after an attack that sent shock waves around Australia.

A loving mother, Kathy talks about overcoming depression whilst keeping her family together at the hardest of times.  Her uplifting story has mesmerised organisations wanting to inspire and motivate their people to move towards their goals, especially in adverse or unfavourable circumstances.

Kathy shares her story to give us an insight into why resilience in our own lives and in the lives of those around us and the ability to overcome adversity is vitally important to making our rapidly changing world a better place to be.

This presentation will make you stop dead in your tracks, step back, cry and make you want to stand up for change.

Never give up - If you don’t ask, you’ll never know.  The worst-case possible scenario is just “no”.  Many more will say “yes”

Relationships, people actually want to help you be successful

What motivates you to keep on performing, even when at the very bottom of where life takes you?

Living on the edge emotionally, physically, mentally and financially

Working with Government and key communities for change