Print
Few people have impacted the day-to-day management of people and companies more than Ken Blanchard. A prominent, gregarious, sought after author, speaker, and business consultant Ken is universally characterized by friends, colleagues, and clients... 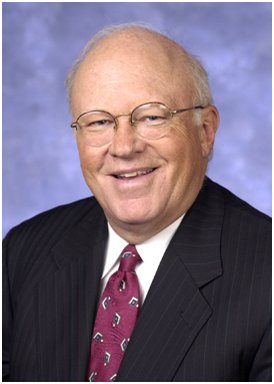 Few people have impacted the day-to-day management of people and companies more than Ken Blanchard. A prominent, gregarious, sought after author, speaker, and business consultant Ken is universally characterized by friends, colleagues, and clients alike as one of the most insightful, powerful, and compassionate men in business today.
Ken Blanchard's impact as a writer is far reaching. His best-selling book The One Minute Manager, co-authored with Spencer Johnson, has sold more than nine million copies worldwide and is still on best-seller lists. The One Minute Manager has been translated into more than 25 languages and is regarded as one of the most successful business books of all time. In addition, Dr. Blanchard has written several other successful books, including five more within The One Minute Manager Library. He co-authored The Power of Ethical Management with Dr. Norman Vincent Peale. In 1992, he released Playing the Great Game of Golf, followed by Raving Fans: A Revolutionary Approach to Customer Service, co-authored with Sheldon Bowles. His latest book Gung Ho!, co-authored with Sheldon Bowles, is currently climbing the best-seller charts.
Dr. Ken Blanchard has received several awards and honours for his contributions in the field of management, leadership, and speaking. In 1991 the National Speakers Association awarded him its highest honour, the 'Council of Peers Award of Excellence. In 1992 Dr. Blanchard was inducted into the HRD Hall of Fame by Training magazine and Lakewood Conferences, and he also received the 1992 Golden Gavel Award from Toastmasters International. In 1996, Ken received the Distinguished Contribution to Human Resource Development Award from the American, Business Society of Training and Development. The Ken Blanchard Companies provides expertise in organisational change management through training programs and processes, seminars, and consulting. Ken is also a visiting lecturer at his alma mater, Cornell University, where he is a trustee emeritus of the Board of Trustees.
Subscribe
© 2022 Platinum Speakers