At the age of only 24, Hughes was given the captaincy of the Australian Test team, becoming the first Western Australian Test Captain of Australia and the second youngest in Australian history. He went on to lead his country 28 times.  Kim Hughes also captained WA 28 times and was at the helm during three Sheffield Shield victories. Kim is renowned as a passionate and inspirational speaker on cricket, alcohol addiction and mental health . 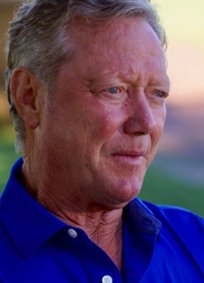 Kim Hughes attended the Mingenew Spring Field Day on September 4 in Mingenew, as a special guest speaker. He delighted growers with numerous anecdotes from his days as one of the Australian cricket legends and more recent stories as a dad and community member. He was given the hard task of keeping the crowd motivated after lunch and succeeded beyond expectations. Kim also generously posed and autographed pictures. All throughout the day, Kim was down to earth, approachable, funny and was very well received by our growers, industry and research partners and sponsors. MIG would like to thank him for the great job he did and would not hesitate to use him again.

Former Australian cricketer and Test and ODI captain Kim Hughes played in 70 Tests and 97 ODIs from 1977 to 1985.

His first-class debut was at the WACA Ground on 2 November 1975 when he provided a masterful exhibition of stroke play against New South Wales, making 119 and becoming only the fifth Western Australian batsman to make a century on debut.

Probably the most dashing batsman of his generation, the golden-haired Hughes drew vast crowds to cricket with his audacious and breath-taking stroke play.

A testament to his daring batting style, he is the only man to have hit a six on all five days of a Test match, a feat he achieved in the 1980 Centenary Test at Lord’s.

But Kim Hughes was also a player of great substance, as he showed during his 100 not out against the mighty West Indian attack on a treacherous MCG pitch on Boxing Day 1981. Facing the fearsome fast-bowling quartet of Michael Holding, Andy Roberts, Joel Garner and Colin Croft, his brave century enabled Australia to win a low-scoring match and take a 1-0 lead in the series. The Wisden 100 ranking of the Top 10 Test Innings of All Time ranked that innings as number 9.

At the age of only 24, Hughes was given the captaincy of the Australian Test team, becoming the first Western Australian Test Captain of Australia and the second youngest in Australian history. He went on to lead his country 28 times.

Kim Hughes also captained WA 28 times and was at the helm during three Sheffield Shield victories. He chaired the WA selection panel and is renowned as a passionate and inspirational speaker on cricket.

Kim is very high profile in Perth through his role as a cricket commentator for Channel Nine and a sporting broadcaster on Radio 6PR (Perth's equivalent of 2UE). He is also managing director of a company in the building industry and was a state selector for the WA Cricket Association.

Kim Hughes now entertains audiences as a passionate, inspirational and much sought-after speaker on cricketing and corporate matters. Kim's presentations are entertaining, informative and motivational and include many humorous anecdotes.

Kim has recently shared his very public challenges of alcohol abuse and his mental health. The former Test captain says it took losing almost everything before he accepted it was time to pull up stumps. Kim was in the throes of a spiralling alcohol addiction but has rebuilt his relationships and taken on a new mission – helping those battling addiction.

Bouncing Back – “Inch by Inch it’s a cinch”

The Best is Yet to Be

The Best Made Ducks of all Time

The Psychology of Winning