Print
Kitty Chiller is a leadership and culture expert who was the 2016 Olympics Chef de Mission. Kitty has reinvigorated the culture of Australia's Olympic Team. The driving force behind the successful ONE TEAM approach, she was also the Deputy Chef in London 2012. 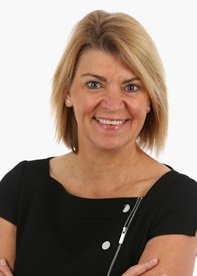 We had the pleasure of hearing Kitty Chiller give the keynote speech about her role as Chef De Mission of the Australian Olympic team to Rio for the recent Olympics. Her address by any measure was superb, well delivered, thoughtful and insightful. For parts, you felt you had been transported to the village, so clear was her story of what confronted the team on arrival at the village. She rightfully received a standing ovation… the audience fully appreciated the energy, passion and dedication she put into the role.

I was captivated listening to Kitty. She was authentic, natural, articulate, factual and really connected with the audience. She “controlled and owned” the room of over 600 people… a brilliant speaker, whom I would recommend.

Kitty Chiller is a leadership and culture expert who was the 2016 Olympics Chef de Mission. Kitty has reinvigorated the culture of Australia's Olympic Team. The driving force behind the successful ONE TEAM approach, she was also the Deputy Chef in London 2012.

An international sporting champion in her own right, Kitty was the Sydney 2000 Olympian in Modern Pentathlon and is a 12 times Australian champion, a seven time world cup medallist and a six time world cup finalist.

As well as working with Australian Olympic teams, Kitty has worked as a sports journalist, and senior executive manager in organisations including the 2006 Melbourne Commonwealth Games and 2006 Doha Asian Games Organising Committees; the Australian Sports Commission; Surf Life Saving Australia and Athletics Australia.

She brings this expertise and diverse experience to every speaking address, delivering powerful keynote presentations that are packed with insights and important take-home messages about leadership, dealing with diversity, change management and delivering cultural change.

Kitty Chiller began competing internationally in the sport of Modern Pentathlon while studying at the University of Melbourne. Her first success came at the World Aquathon Championships (swimming and running) and she then joined her University fencing club, which launched her modern pentathlon career.

Kitty spent almost a decade at the top of her sport, before female modern pentathlon was added to the Olympic program. She became a 12-time National Champion, seven-time World Cup medalist and six-time World Cup finalist. Chiller was ranked World Number One in the world in 1996, 1997 and 1998. At the age of 36, Chiller competed at the Sydney Olympic Games, despite seriously injuring her knee cap the week before the Games, requiring a reconstruction afterwards. She placed 14th.

Retiring after Sydney 2000, Chiller has continued to be involved in sport. Her appointments include Executive Board Member of the Australian Olympic Committee and President of Modern Pentathlon Australia.

Kitty Chiller drew on her enormous passion for the Olympic movement to help lead the Australian Olympic Team in Rio in 2016 and she drove the development of the very successful ONE Team approach.

Teamwork and the importance of 'people'

Treating obstacles and challenges as opportunities.