Print
If it's sophisticated political analysis you're after you need to turn to Laura Tingle. Laura is in demand as a highly respected conference speaker, panelist, moderator and host. 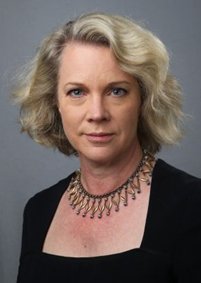 Laura Tingle is probably the country’s finest writer when it comes to sophisticated political analysis.

Laura Tingle travels from ACT
Fee Range: Up to $5000

If it's sophisticated political analysis you're after you need to turn to Laura Tingle. Laura is in demand as a highly respected conference speaker, panelist, moderator and host. Laura is one of Australia's most respected journalists, has worked in the federal parliamentary press gallery since 1986, reporting on politics and economics. She has been the political editor for the Australian Financial Review since 2002.

Laura began her career in Sydney in the early 1980s reporting on financial deregulation and the floating of the dollar. Following a long period covering financial markets and deregulation for the Australian Financial Review and as economics correspondent for The Australian, Laura moved into political reporting.

In June 2004, Laura won the Paul Lyneham Award for Excellence in Press Gallery Journalism. She has won two Walkley Awards (in 2005 and 2011) and been highly commended by the Walkley judges for investigative reporting. In 2010 she was shortlisted for the John Button Prize for political writing.

She is the author of Chasing the Future - a book documenting how the recession of the early 1990s changed Australia's political and economic debate. Her essays include the acclaimed Great Expectations - Government, Entitlement and an Angry Nation which appeared in Quarterly Essay in 2012 and Political Amnesia: How we forgot how to govern in 2015.

With decades of experience as a political and economic journalist, Laura Tingle is in demand as a highly respected conference speaker, panellist, moderator and host.