Lauren Jackson AO is one of Australia’s greatest ever female professional basketball players. Taking home 3 silver and 1 bronze over 4 Olympic Games, Lauren is an inspirational player to many.  Admired for her strength, leadership, determination and skill, Lauren is role model for generations to come. 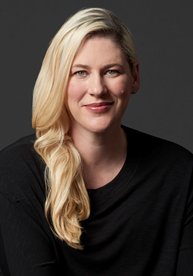 Lauren Jackson AO is one of Australia’s greatest ever female professional basketball players. Taking home 3 silver and 1 bronze over 4 Olympic Games, Lauren is an inspirational player to many.  Admired for her strength, leadership, determination and skill, Lauren is role model for generations to come.

She is the epitome of women's basketball in Australia, following in the footsteps and carrying on the traditions of grand mentors in the likes of Michele Timms, Rachael Sporn, and her mother Maree. These pioneers paved the way for Australian basketball to excel on the international stage, and Lauren stepped into the spotlight to lead her contemporaries and future generations to come with inspiration.

A leader by example, her work ethic and emotional divulgence into the game she so clearly loves is left on court for all to witness in awe and wonder. From Australia to Korea, to the USA and across Europe, Lauren has left a lasting impression wherever she plays. Her athleticism, ability, attitude, strength, and above all her passion, contribute to the phenomenal player and ambassador that she is for the game worldwide.

No one could stop Lauren Jackson except for herself, and after eight years of seemingly non-stop play which included twelve back-to-back seasons in the WNBL and WNBA combined, two Olympic campaigns, two World Championship tournaments and a stint in Russia, the body's pain threshold reached its limit.

Lauren’s WNBA jersey was retired in Seattle, Washington, in 2016, and at 37 years of age, commenced her post basketball career by working as the Assistant General Manager of the Melbourne Boomers in the WNBL.

Following her successful stint as a WNBL Executive, Lauren was appointed the Head of Women in Basketball, at Basketball Australia, where she is responsible for the strategic direction of sport for women.

Her status as one of basketball’s greatest ever players was further cemented earlier this year after being named in the Naismith Memorial Basketball Hall of Fame, Class of 2021.  She will become the first Australian athlete to be inducted as a player into the Naismith Memorial Basketball Hall of Fame, which honours players who have shown exceptional skill at basketball, all-time great coaches, referees, and other major contributors to the sport.

At the time of American dominance in the sport, Lauren showed the world a country girl from down under has every right and capability to mix it with the best, and even become part of the elite selection of players that will be reflected upon as the greatest of all time.

She balances motherhood to two beautiful boys and her rising career as she continues to strive for greatness, on and off the court.

No. 15 retired by Seattle Storm