Print
A hard worker with strong ethics, Leith is best known for his roles as a Presenter with news services at the highest levels of Australian TV, having worked for Channel 7, 9 and Network 10 as well as Fox Sports. 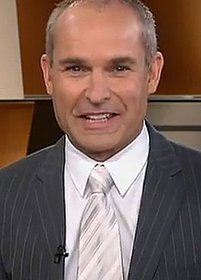 Leith Mulligan travels from VIC
Fee Range: Up to $5000

Leith began his career at a young age as a cadet Television reporter in Mt. Gambier, South Australia, not far from where he was raised on a vineyard and farm. Now a Media, Communications, Public Relations and Marketing General Manager… Leith is also a Media professional with 26 year’s experience.

Leith is a very experienced professional having worked for most major Television networks and many other media outlets in Australia and was most recently GM of Media, Communications and Marketing at the Confederation of Australian Motor Sport, the governing body of motor sport in Australia under the auspices of the FIA globally.

His time in Australian media has taken him to many corners of Australia and some parts of the world. Primarily a sports journalist, he has seen and been involved in, many sporting issues that have become headline news in Australia.

A hard worker with strong ethics, Leith is best known for his roles as a Presenter with news services at the highest levels of Australian TV, having worked for Channel 7, 9 and Network 10 as well as Fox Sports.

Hired as presenter in Sydney for a start up sports news project, 24 hour sports news channel, Fox Sports News, began in October 2006. After many months in Sydney from the inception and development of the new market leading subscription service, Leith was relocated to Melbourne, Victoria as Senior Producer reporting to the National Producer with 2 reports and with the added role of producing and presenting live nightly segments with guests and news reporting.

At Network Seven the primary role for Leith was to produce the nightly sports news segment for Melbourne’s 6pm News bulletins. A sub-managerial role with up to 5 reports, it involved overseeing a department of five and all facets of TV news including working with all departments overseeing graphics, vision feeds, script writing, rosters. Leith’s role included other responsibilities such as stakeholder engagement and staff mentoring with budgetary responsibilities. He was also hired as a presenter, and as a solid performer, was called upon to regularly for updates and hosting duties.

The role required reporting on all daily news for Network Seven’s state and national bulletins. Writing and producing own and content included covering news and all sports in a state, national and international space.