Print
Li Cunxin is a remarkable man borne of a remarkable story. He has published a remarkable book about his extraordinary life. In his runaway best selling autobiography, “Mao’s Last Dancer”, Li recounts his determination, perseverance, vision, courage and hard work, and in particular, the sacred family values and integrity that he learned in poverty-stricken China, which has driven him to become one of the best dancers in the world. 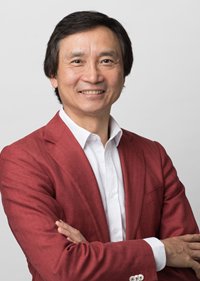 “Riveting – how lucky we are. Without a doubt one of the best speakers we have had in many years, outstanding.”

“Personally I found Li excellent to work with and a thoroughly lovely man with a great story.”

Li Cunxin was fabulous this morning; what a charming man and a really fabulous, emphathetic speaker. The event went really well; everyone left with a smile on their face and Li had a queue of people wanting another personal message in their books. One couple even went down to Borders and bought a hard copy for him to sign! The clients were absolutely thrilled too - the event exactly fulfilled their brief.

Li was a fabulous speaker - we had an audience ranging from the CEO and executive management right through our outdoor staff. Everyone loved the presentation and at the end we sold four boxes of Li's book! The feedback was that it was the best presentation we have ever had.

Li Cunxin was outstanding. His presentation was amongst the best we have ever heard at our school.

Li was fantastic and I would recommend him to any organisation. His story is so deep the complete 170 audience was completely silent throughout his entire presentation. Thanks for recommending him!

“Comments included: Inspirational; Outstanding; Excellent. Mr Li was absolutely inspirational. Excellent story. Very inspiring; great choice as a keynote speaker. It has been a long time since I have heard such a wonderful delivery presentation. FABULOUS. Very emotional and inspiring. Brilliant session. Really inspirational. The best presentation I have ever attended.”

“I would like to thank you for your contribution in making our conference such a success: you are in a class of your own. As your story was about courage, loss and challenge, it transported the listeners into your experiences and aspirations. Your delivery was powerful and effective and you certainly had the audience with you all the way, conquered, inspired and enriched. Your presentation was beautifully structured and tailored to our theme, and you skilfully intertwined a mixture of content, humour and inspiration. You are without doubt one of the better speakers we have heard and the standing ovation you received was testimony to this fact. Your contribution to the success of the PwC Conference was significant and for that we are most grateful.”

Li Cunxin (pronounced “Lee Schwin Sing”) is a remarkable man borne of a remarkable story. He has published a remarkable book about his extraordinary life. In his runaway best selling autobiography, “Mao’s Last Dancer”, Li recounts his determination, perseverance, vision, courage and hard work, and in particular, the sacred family values and integrity that he learned in poverty-stricken China, which has driven him to become one of the best dancers in the world. He tells of how the sixth of seven sons born to peasants grew up worshipping Mao Zedong before defecting to the United States.

Li was born into bitter poverty in rural Qingdao, China. Certain years the peasants in his village even ate tree barks to survive. Despite the harsh reality of life, his childhood was full of love. The love of his parents gave him hope and courage. One day, a delegation from Madame Mao’s Beijing Dance Academy arrived at Li’s commune school to find suitable children to study ballet and serve in Chairman Mao’s revolution. At first they passed Li without taking any notice, but just as they were walking out of his classroom, the class teacher hesitated, and suddenly tapped the last gentleman from Beijing on the shoulder and pointed. `What about that boy?’. And that boy was Li.

And so began Li’s remarkable journey. He was 11 when he left home to begin a seven-year harsh training regime from 5.30 am to 9 pm, 6 days a week at the Beijing Dance Academy. Once he found his passion, he worked hard and gave his all. He would practise his turns at night by candlelight, and hopped, one-legged, up and down stairs with heavy sandbags tied to his ankles to build his leg strength at 5 am in the mornings when others were still asleep.

With incredible determination, resilience, perseverance and vision, Li graduated as one of the best dancers China has produced. He was discovered by Ben Stevenson, one of the world’s most respected teachers, choreographer and the Artistic Director of the Houston Ballet as part of the first US cultural delegation to communist China. Li became one of the first two cultural exchange students allowed under Mao’s regime, to go to America to study.

In a dramatic defection, Li was subsequently locked up in the Chinese Consulate in Houston. This created a standoff between the Chinese and the American governments. Even George Bush senior, then US Vice President intervened. FBI agents surrounded the consulate in Houston, and negotiations between Chinese and US diplomats had begun. His defection was the headline story in America. Twenty-one hours later, Li walked out of the Chinese Consulate as a free man.

He then danced with the Houston Ballet for sixteen years and became one of the best dancers in the world. He guest performed around the world with some of the best ballet companies and won two silver and a bronze medal at three International Ballet Competitions. While dancing in London, he fell in love with an Australian born ballerina with a major ballet company in England, Mary McKendry. They married in 1987, and in 1995 moved to Melbourne with their two children where Li became a principal dancer with the Australian Ballet.

At age 35, Li started to plan his next career after dancing. He enrolled in accounting and financial courses. In 1997 he began his study at the Australian Securities Institute by correspondence with a view to becoming a stockbroker. For his final two years with the Australian Ballet, he rose at 5am to start ballet training, then racing to the stock exchange by 8am to work as a stockbroker until noon. By the time he joined the rest of the Australian Ballet dancers for rehearsals, he had already put in a full day’s work. Li became a successful investment adviser and senior manager at one of the biggest stockbroking firms in Australia. In 2012, Li followed his dance passion and became the fifth Artistic Director of Queensland Ballet in Australia.

Li’s Autobiography, “Mao’s Last Dancer”, was published in 2003 and immediately hit the top of Australia’s best sellers list. It was number one in the non-fiction category and won the Book of the Year Award in Australia, the Christopher Award in America and it was short-list for the National Biography Award among other prestigious literary awards. It stayed on the top 10 Bestseller List for over one and a half years and it is in the 60th printing, it has been published and sold in over 20 countries. “Mao’s Last Dancer” was made into a blockbuster film in 2009 and won several international prestigious awards.

His book is a unique story of determination, passion, integrity and love. His journey filled with dreams shattered and revitalized. It is an empowering tale with so many lessons. This combined with the moving supporting ballet sequences and still photographs create an experience to be cherished.

As a motivational and inspirational speaker, Li’s unique real life story works so effectively with corporations and conferences’ various themes and objectives. It is a story that can touch people deep in their hearts.