Print
Libby Trickett OAM is not only a highly respected athlete, but a well recognised and revered personality. Her positive and motivational stories will motivate and uplift. Libby’s inspirational words and infectious smile make for a memorable presentation. 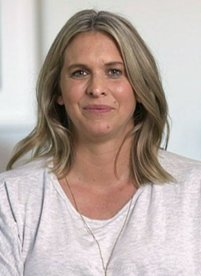 “It’s not often that one leaves an event feeling so uplifted, and it’s all down to your selection of speaker. Libby was incredibly genuine (I was delighted at how willing she was to talk so vulnerably about her life). I’ve received feedback from attendees who expressed how impactful the event was for them – a sure sign of success, particularly given the topic of mental health.”

“Her inspirational words were enjoyed and savoured by all present”

“Libby was very generous with her time, she spoke about everything from her childhood to her future while sharing firm views on how to reach the top of your game,”

“Since joining Starlight in the role of Ambassador in 2014, Libby’s passion for brightening the lives of sick kids, coupled with her unending generosity and energy has been wonderful to observe.

Libby’s focus is always the seriously ill children and families Starlight supports. When she is with a sick child they always have her undivided attention. Through her efforts she is a compassionate and inspirational role model to the whole community.”

Libby was easy to work with. She was very professional, being highly organised, always accessible and only too willing to work with us to achieve what we needed. She was very personable, engaged the crowd comfortably and was willing to take open questions from the floor at the end of her presentation. Libby’s work for us could only be described as excellent and we would certainly recommend her to any other prospective clients.

Libby Trickett OAM travels from QLD
Fee Range: Up to $5000

Libby Trickett OAM is not only a highly respected athlete, but a well recognised and revered personality. Her positive and motivational stories will motivate and uplift. In demand as a guest speaker at conferences, events and seminars, Libby’s inspirational words and infectious smile make for a memorable presentation.

Her vivacious, girl next-door personality is in stark contrast to the fierce determination she demonstrated in the pool. Libby’s dedication and drive saw her make a triumphant return from retirement to qualify for her third Olympic Games in 2012, adding to her impressive medal tally with her fourth Olympic Gold medal. Libby’s enormous contribution to Australian Swimming was duly recognised when she received a Medal of the Order of Australia in 2005.

Libby’s positivity and devotion to living life to its fullest has made her the ideal ambassador for a range of charities and companies, where she has inspired and empowered many to be the best they can be.

Since retiring from swimming in 2013, Libby has dabbled in TV, a sales and marketing role for a technology company and worked as a radio announcer for Triple M in Brisbane. From 2020 Libby has focused on pursuing her work in mental health, studying a Bachelor of Counselling as well as taking care of her three young daughters, Poppy, Edwina and Bronte.

Libby has worked for the past 3 years as the Queensland Government’s Mental Health Ambassador.

What it takes to make a comeback

Inspirational keynote - Being the best you can be