Print
Lisa Curry is undoubtedly one of Australia’s most popular personalities, best known for her long and successful swimming career. Lisa talks of her personal experiences as a coach, working mum, wife, author, public personality and a health and fitness advocate. 2017 saw Lisa successfully compete in Channel Ten’s “I’m a Celebrity Get Me Out of Here”. 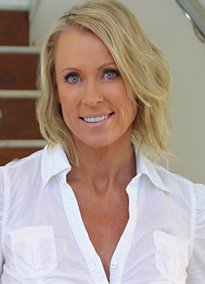 Superb! Lisa is great. Very interesting and fast paced. Excellent. An inspiring motivational speaker. A lesson for everyone.

An excellent presentation which covered a number of topics. I found it motivational and relevant to work, family, social and sport.

The audience loved Lisa. I have had a huge amount of feedback from staff and customers commenting that Lisa is inspiring, exciting and motivating. They and I really enjoyed listening to Lisa's presentation.

The insights that Lisa provided into what it takes to be an elite athlete and her Olympic experiences were inspiring, which I am convinced will motivate our customers and sales staff to achieve greater sales.

Your ability to not only MC the Luncheon, but to also mix with our retailers was a pleasure to behold.

Your presentation was received with considerable enthusiasm and I feel you are to be congratulated on so successfully tying in a personal viewpoint and philosophy with our congress theme "Fit for Business".

The Finance and Treasury Association Limited

Lisa Curry is undoubtedly one of Australia’s most popular personalities, best known for her long and successful swimming career.  This Australian Institute of Sport scholarship holder was ranked in the top 25 swimmers in the world for the duration of her career which started at the age of 15.

During her years in the pool, Lisa competed in three Olympic Games (Moscow in 1980, Los Angeles in 1984 and Barcelona in 1992); two World Championships (Berlin in 1978 and Ecuador in 1982); and three Commonwealth Games (Edmonton in 1978, Brisbane in 1982 and Auckland in 1990).  Her competitive swimming career spans an awe-inspiring 23 years during which she collected 24 gold, 21 silver and 8 bronze medals  at international competitions.

In 1997 Lisa fulfilled another ambition by coaching and competing with her outrigger team, the Riggeroos, to win two World Championships (1997 and 1998) in the 72km Outrigger Canoe race in Hawaii, the first Australian team to do so in the history of the race. Her swimwear company “Hot Curry”, also won two awards at the prestigious RAQ Fashion Awards, taking out Swimwear Award as well as the Excellence in Manufacturing award. Another dream fulfilled.

An expert on self-management, Lisa now juggles family, sport, business and leisure time to create a lifestyle that is challenging, rewarding, satisfying, sometimes stressful, but mostly fun. She says that real success is living your life the way you want it to be, that life is full of opportunities and the direction you take is totally up to you.

For 23 years Lisa was the presenter for Uncle Tobys Muesli Bars, appearing in many television commercials promoting the product. This is the longest ever association between an athlete and a company. For 10 years, she was also the spokesperson for Fernwood Fitness Centres – a national chain of women’s health clubs that was ranked in the Business Review Weekly’s Top 10 companies in Australia. She was also the face of P&O Cruises in Australia for 4 years, and spent 8 years as spokesperson (and user) for 30 Plus, a women’s hormonal imbalance supplement.

Lisa has published six books on health and fitness with over 250,000 copies sold, including “Get Up and Go!” which was a number one best-selling sports book. Her book “Fit Kids” was launched in 2000 by the Prime Minister John Howard, and is still considered one of the most important books available today, as it aims to help children and families improve their health and fitness and tackle the obesity epidemic.

From 2000 to 2008, Lisa held the position of Chairman of the National Australia Day Council, the co-ordinating body for the Australian of the Year Awards and Australia Day celebrations across the nation. Appointed by Prime Minister John Howard, she was the first woman to be appointed to this prestigious position and in this role, Lisa worked closely with both the Prime Minister and the Governer General.

In 2008, Lisa had heart surgery to implant a defibrillator following a diagnosis of myocarditis resulting from a viral infection, during which she spent a month in hospital recovering. She now lives each day with happiness, passion and contentment, because “You never know if it will be your last.”

Lisa stresses the important role of physical and mental health and fitness for effective life management. She has an incredibly powerful and relevant message for everyone, based on her personal lessons of determination and motivation, basing her talks on maintaining a balance in both personal and professional areas to help maximise achievements and increase productivity, inspiring and motivating audiences to achieve their best.

Lisa is one of Australia's most sought after speakers and carries out many speaking engagements and personal appearances both nationally and internationally, drawing on her vast experience as a Commonwealth Games and Olympic competitor for Australia. She also talks of her personal experiences as a coach, working mum, wife, author, public personality and a health and fitness advocate. 2017 saw Lisa successfully compete in Channel Ten’s “I’m a Celebrity Get Me Out of Here”.

•Challenges of changing from an individual sport to a team sport.

•Importance of self-management and self-care.

•Balance between work and family.