With over 30 years experience in the media industry, Loretta Ryan has seen many changes and adapted accordingly. That’s why she is often referred to as a survivor! A very popular MC who provides professionalism, experience and warmth to any hosting, facilitation or MC role. 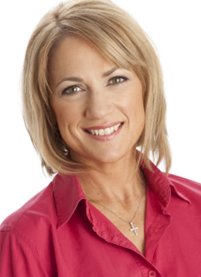 I just wanted to express my sincere thanks for taking time out of your busy schedule to be MC at the SRC Carnival – you did a fantastic job and everyone was very impressed.

The 'Women on Top' book launch was a great success in Loretta's capable hands: she was thoroughly versed on the purpose and running order of the event and brought her warm, articulate, friendly and thoroughly professional hosting skills to the podium, keeping things moving and adding her personal touch when applicable. During the event we also raised money for Bravehearts, and Loretta's ability to enthuse the crowd to support that worthy charity enabled them to gather financial support and to spread the word about their cause. The evening was a great success, with much positive feedback over the following days; we attribute much of that to Loretta's professional and thorough approach to the role of MC at this fabulous book launch.

Loretta Ryan travels from QLD
Fee Range: Up to $5000

With over 30 years experience in the media industry, Loretta Ryan has seen many changes and adapted accordingly. That’s why she is often referred to as a survivor!

First starting in radio at the age of 17, Loretta worked in various roles including Schedules, Production, Promotions and News. During her 7 years at Stereo Ten, Loretta completed a cadetship in the newsroom, before moving to Triple M where she worked for 16 years.  During this time, she wrote and presented news, was Acting News Director and also co-hosted a Sports and Entertainment program.

A move to Radio 4BH saw Loretta co-host the Breakfast shift for four years. She then accepted an offer to move into talkback radio, co-hosting the 4BC afternoon show followed by the high profile Breakfast shift.

As well as radio, Loretta has also worked in Television, hosting a music and entertainment program, home and lifestyle show and was a journalist /presenter on a Brisbane news/lifestyle program.

Loretta does regular voice-overs and telephone on-hold messages and is a very popular MC who provides professionalism, experience and warmth to any hosting, facilitation or MC role. A strong work ethic combined with loyalty and passion for her job, Loretta Ryan is well respected and liked by her peers.