Print
Mark ‘Bomber’ Thompson is passionate about sharing his story of rehabilitation to inspire others through speaking engagements. His open, raw and honest account of how he lost his way but found the pathway and determination to get his life on track is admired by all. 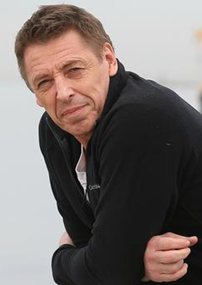 Mark ‘Bomber’ Thompson travels from VIC
Fee Range: Up to $5000

Popularly known as 'Bomber', Mark Thompson played 202 V/AFL games from 1983 to 1996 and was a highly dependable performer for Essendon. A dual club best and fairest winner, he played most of his football as an attacking half back flanker who provided plenty of rebound without neglecting his defensive duties. Always a popular figure at Windy Hill, he was appointed club captain in 1992, and led the Bombers to the 1993 premiership.

The title of Mark Thompson’s corporate speech “Building a Winning Team” really is a good description of what this man has represented throughout his incredible career as both AFL player and coach. After a very successful playing career at Essendon that saw Mark play in 3 premiership teams including captaining the 1993 Premiership team, Mark went on to forge one of the greatest AFL teams of the modern era.

Geelong football club became the bench mark for the entire completion, featuring in 3 successive Grand Finals during his tenure and winning flags in 2007 and 2009, the Cats and Thompson’s coaching techniques quickly became the envy to all.

In 2011 Thompson returned to his beloved Essendon Football Club as the senior assistant coach and on 10 October 2013, he was appointed the senior coach for the 2014 season. ‘Bomber’ also became a favorite with the media while coaching, often showing his lighter side during press conferences.

Thompson however hit “rock bottom” after the Essendon supplements saga in 2013 and the scandal took a toll on his mental health. The dual Geelong premiership coach and triple Essendon premiership player was diagnosed with post-traumatic stress disorder and admitted to using drugs after leaving the Bombers at the end of 2014 to help mask the pain of the fallout.

‘Bomber’ has reconnected with his family since the drug conviction, which he described as a life-changing experience.

After more than three decades in the AFL as both a player and a coach at Essendon and Geelong football clubs, he’s found a new passion creating handcrafted woodwork made from reclaimed timber and featuring resin epoxy from a small workshop in Melbourne.

Mark ‘Bomber’ Thompson is also now passionate about sharing his story of rehabilitation to inspire others through speaking engagements. His open, raw and honest account of how he lost his way but found the pathway and determination to get his life on track is admired by all.

Mental Health Keynote – ‘Bomber: The Whole Story’ - ‘Bomber’s journey from his career highlights as a player and coach, the highs and lows and post-traumatic stress disorder, drugs and losing his family’