One of crickets most legendary players, Mark Waugh, was known for his incredible skill on the field. Playing over 100 Tests for Australia, Mark is an inspiration to the game, his teammates and future generations to play the sport. 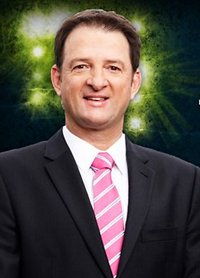 WOW!!! Please pass on my thanks to Mark. We had a great time. The members that attended were amazed, thrilled, & overwhelmed with his spontinaity, his willingness to speak with them and sign their personal items. ....Thank-you Mark, for your ability to recognise that not all Aussie's have the opportunity to fulfil their dreams, but can tell their kids and their grand-kids that they once met a man who did.For the men that attended on Wednesday, I have been asked to pass on my sincere thanks, for a job not only well done but for displaying a level of real, true blue aussie spirit by allowing them a moment of glory.
Australian Society of Baking

Mark spoke well, and clearly had a lot of fans in the audience who made a special effort to come to the breakfast he spoke at. He also willingly signed a cricket bat we donated to charity auction, and posed in photos with brokers. Both these activities helped us raise over $3500 for the Make a Wish foundation.
Westpac Banking Corporation

Mark Waugh was described by Sir Donald Bradman as, “The most elegant and graceful cricketer of the modern era.” He will certainly be remembered as one of the finest cricketers this country has ever produced.

His game is characterised by an ability to drive, cut, pull and loft the ball so effortlessly that it can even make him look disdainful of the talents of bowlers at times.

Waugh made his name as a middle order player for New South Wales in the late 1980s, twice winning Sheffield Shield Cricketer of the Year titles as he built and maintained an average in excess of fifty throughout his formative years in the first class arena.

To complement his batting skills, he offers handy part-time bowling talents as an off spinner and a remarkable penchant for effecting spectacular saves and catches; indeed, he has few rivals who match his freakish brilliance in the field.

Over 19 years playing with NSW and 14 years at the elite level of Australian cricket, Mark Waugh’s career was studded with records. He played 22 World Cup Matches and is one of only seven Australians to have played more than 100 Tests.

From the moment of his one-day international debut against Pakistan in 1988-89, he was a near-permanent fixture in an Australian side that has enjoyed outstanding success, including the 1999 World Cup and the record-breaking streak of 16 consecutive Test wins.

He was Australia’s third highest run-scorer in test history (7,800) and one of just six Australians to score more than 7000 test runs. Only his twin brother, Steve Waugh (9,734) and Allan Border (11,174) achieved a higher Test run record. Furthermore, Mark is the leading run scorer for Australia in One Day cricket history with 8500 and he holds the record for the most runs in a One Day match by any Australian (173 runs).

Mark was an inspiration to his teammates and a host of young players because of the way he played the game – hard but fair and in a positive way. He was always keen to entertain his fans.

Mark retired from First Class cricket in March 2004 and was awarded with an AM in Australia Day 2005 for his services to cricket and the community. Since retiring, Waugh has commentated with Fox Sport and been extensively engaged as a public speaker. Mark is married to Group One winning horse trainer, Kim Moore. Together they have a highly successful horse syndication business.