Print
Matt Rockman created SEEK in 1997 with the brothers Paul and Andrew Bassat. Together they raised a small amount of capital and took on the newspaper companies at their own game. Against all the odds SEEK managed to completely transform the landscape of employment advertising. 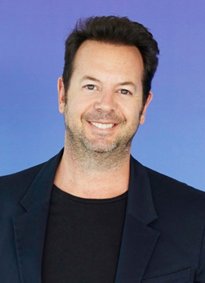 Matt was a dynamic and engaging speaker at an important customer event for us. His 'no holds barred' approach was dynamic and really spoke to the business owners in the room. He was funny but also managed to convey the seriousness and excitement of his journey in bringing Seek.com to life. I would highly recommend Matt!

Matt Rockman created SEEK in 1997 with the brothers Paul and Andrew Bassat. Together they raised a small amount of capital and took on the newspaper companies at their own game. Against all the odds SEEK managed to completely transform the landscape of employment advertising.

SEEK became one of Australia’s most successful online businesses, and is now an ASX Top 100 Listed company with a market capitalisation of $2 Billion. It has expanded to the UK, China, Brazil, Australia, New Zealand and Malaysia.

Matt left SEEK in 2006, taking a well-earned year off. Since then he has made the transition from business builder to sophisticated investor. Matt supports a number of start-ups and is considered to be a true entrepreneur. He enjoys the way markets work and believes real value is created through people as the most important ingredient. Matt also advises and invests in a number of charities.

Matt approaches business and his advice through a lens of no BS and looking for a way to cut through. Matt’s approach is somewhat unconventional learned through some key lessons and principles developed during the SEEK years.

Matt is a man with an exceptional business story. He has experienced the highs and lows in business and knows what it is like to struggle.

He comes from a very business oriented background, with his grandfather founding the Rockmans chain of clothing stores, sold in 1960. The family then entered the hotel business, with his father Irvin Rockman taking a leading role. Irvin went on to become Lord Mayor of Melbourne twice and had diverse business interests. Matt Rockman was one of his six children. Irvin provide early seed funds for Seek.

Matt initially completed a Bachelor of Business (Banking and Finance) at Monash University and started in the family business. This was a challenging environment because what was once quite an established and successful family business was largely wiped out in the property crash of 1987. Two generations of reputation and value pretty much disappeared.

His resilience and attitude helped him to overcome the challenges. Realizing that it was time to create something of his own Matt joined the Bassat brothers in creating SEEK.

Matt is passionate about business, philanthropy, motorsport, boating and travel.