Print
Michael Bergdahl is an authority on retail and is a full time professional speaker, trainer, motivator, and coach with a lifetime of on-hands experience in the business world. He began his career in an entrepreneurial, highly successful,... 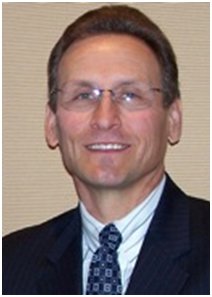 Michael Bergdahl is an authority on retail and is a full time professional speaker, trainer, motivator, and coach with a lifetime of on-hands experience in the business world.
He began his career in an entrepreneurial, highly successful, family-owned newspaper publishing business in Houston, Texas. In his next position, he got his hands dirty on the manufacturing side of the petrochemical industry in J. M. Huber Corporation's, Carbon Black Division in Baytown, Texas. He was later recruited by Frito Lay (a subsidiary of PepsiCo) to assume a position in their sales organization.
Michael Bergdahl is an international speaker, author and business coach. Michael Bergdahl worked in Bentonville, Arkansas for Wal Mart, as the Director of “People” for the headquarters office, where he worked directly with Sam Walton. It was Sam Walton who gave Bergdahl the nickname, “Bird Dawg”! Previous to Wal-Mart he worked for Pepsico’s Frito-Lay Division in the sales organization and headquarters staff assignments. He has experience as a turnaround specialist who participated in two successful business turnarounds.
Michael wrote a book about his experiences working for the World’s largest retailer entitled: What I Learned from Sam Walton: How to Compete and Thrive in a Wal-Mart World.
He recently completed his second book entitled, The 10 Rules of Sam Walton: Success Secrets for Remarkable Results, was published in June 2006.
Michael Bergdahl has appeared on CNN, CNBC, CNN FN, CBS National Radio and Bloomberg TV. He is considered an authority on Wal-Mart. The giant retailer’s own Public Relations Department has referred Bergdahl to interviewers interested in gaining insights into the company. His articles have appeared in Retail Merchandiser, Investor’s Business Daily, Convenience Store News, National Retail Federation’s STORES Magazine, Progressive Grocer, Convenience Store Decisions Magazine, the Grocery Manufacturer Association’s FORUM Magazine, the National Community Pharmacists Association’s America’s Pharmacist Magazine, American Management Association’s MWorld Magazine, Leadership Excellence Magazine and the National Association of Convenience Stores Magazine.