Print
Dr Hewitt-Gleeson is a cognitive scientist and is the originator and author of ’software for the brain’ and he also pioneered the ‘thinking hats’ method for teaching thinking skills which has become widely used in businesses around the... 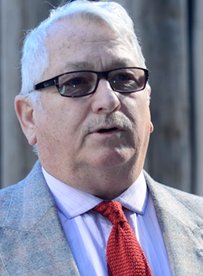 ‘You have just given the best keynote address I have ever heard.’

Without your stellar presentation skills to UDIA (Qld)’s 2015 Annual Developers Conference it would not have been the same. Thank you Michael. You’re a legend!” Marina Vit, CEO

At the end of our 30 day Newsell campaign, we’ve logged a 500% increase in our client contacts. There certainly has been a quantum leap in sales activity.

Newsell has already enhanced the professionalism of the BMW sales force.

Michael Hewitt-Gleeson is one of Australia’s most inspiring speakers of international reputation. He is the world’s first PhD in Lateral Thinking, best-selling author of Software For Your Brain and is known as ‘the father of x10 thinking’. Dr Hewitt-Gleeson has shared the platform with Presidents, Prime Ministers and CEOs and has been engaged to motivate thousands of audiences in over 20 countries around the world.

He was Co-founder of the Edward de Bono School of Thinking in New York in 1979. Now based in Melbourne the School of Thinking lessons are exported from Melbourne to over 40 countries every day and have already reached over 70 million people worldwide since 1979. Based in New York for 14 years (1974-1989), the United States Government described Dr Hewitt-Gleeson as a "national asset.

Michael received the world’s first PhD in Lateral Thinking for his discovery of a whole new strategy for selling. Based in New York for 14 years, the United States government described Dr Hewitt-Gleeson as a “national asset”. He has been an international consultant on strategy to a veritable Who’s Who of the world’s movers and shakers. Michael Hewitt-Gleeson’s advice on THINKING, INNOVATION, SELLING and LEADERSHIP has been sought by leaders like Jack Welch of General Electric, Edward de Bono and Ed Koch, Mayor of New York City. By organisations from The United Nations and The White House to IBM, Fujitsu, BMW, Telstra, ANZ and sporting organisations like the Australian Sports Commission.

Since 1980 he has conducted masterclasses and given keynote lectures to Australian and international audiences. Many of the world’s leading organizations and corporations have engaged him from the United Nations and the White House to IBM, Fujitsu, BMW, General Electric, AMP, Telstra, Vodaphone, Saatchi & Saatchi and Australian Institute of Sport.

He facilitates high level boardroom retreats, strategy meetings and international business conferences. Michael is also sought after as a private mentor and x10 Thinker for CEOs.

• Nothing Innovates Better Than x10 Thinking