Mike Morrison spent 28 years in advertising agencies around the world, with global experience in New York, Seoul, Shanghai, London, Singapore and Delhi including the position of the former Chief Strategy Officer for the Y&R Brands Group (Australia/ NZ). 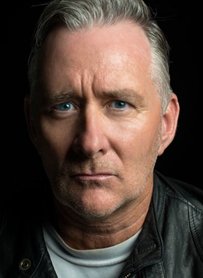 Mike delivered an intoxicating mix of insightful opinion, laced with his inherent comic ability, and just enough theatre to ensure he rose above the pack as the stand out speaker

"As one of the world's most respected consumer strategists, his role at my old ad firm was to get deep inside consumers heads and give us insights. He carved out a dynamic career that saw him working on most continents with the world's biggest advertising group whose clients are global household names. A great thinker, an extraordinary presenter and story teller.

“The response from all who attended Mike’s presentation was overwhelming. Mike spoke with a passion and enthusiasm that I have rarely seen, an appreciation of his audience that catered exactly to their needs, and an engaging quality that left everyone wanting more

"Mike is also one of the best presenters I have ever seen. I specifically asked Mike to come over from Australia to present to our North American leadership about how to properly prepare for a new business opportunity. It was a great presentation and extremely well received".

"When we worked together we would win. Win the meeting, win the day, the business and the transaction. And always did it with a laugh.  He is a very funny man."

Mike Morrison spent 28 years in advertising agencies around the world, with global experience in New York, Seoul, Shanghai, London, Singapore and Delhi including the position of the former Chief Strategy Officer for the Y&R Brands Group (Australia/ NZ).

As a branding and business growth expert he worked for WPP the world’s biggest agency group, and was in over 180 pitches with a win rate of 77%. During that time he worked with people such as Dustin Hoffman, Bob Geldof, Sir Martin Sorrel and Lachlan Murdoch.

As the Chief Strategy Officer he was always the first on his feet with the A team to bring home the bacon, and the entire time felt 3 out of 10.

Upon leaving advertising he has written his first book our later this year “To Be Continued- Flying High Feeling Low” and is the founder of Black Light Principle.

He speaks on Leadership, Mental Wellness and the Future.

Why on earth do you want to be a leader?

After some two generations of professional leadership tuition and training, it’s time to examine leadership as we head into the next profound decade.

1.The question is not simply what leadership style do you have or admire? It’s a more basic question, why do you want to be a leader?

2.Follow that up with another question, are your new leaders hiding and do you know who they ?

3. Finally if you are a leader currently, are you able to assess the current mental wellness of your team and the contribution that wellness makes to productivity?

Imagine if your workforce all operated at peak? They can’t, because some 25% of them have mental wellness condition. So how do you create a more productive workplace? Loss of productivity is described simply as tiredness and forgetfulness at scale. It’s now at almost a trillion dollars lost each year according to the World Health Organisation.

I did over 180 advertising agency pitches, worked in New York, London, Shanghai, Singapore, Delhi and Seoul. I worked for the biggest agency group in the world. We won 77% pitches over a ten year period. I worked on many clients who are household names and with people like Dustin Hoffman, Bob Geldof, Lachlan Murdoch and Sir Martin Sorell.

I was the Chief Strategy Officer and always the first up on my feet and tasked with the A team to bring home the bacon. But I spent 28 years in the ad industry feeling 3 out of ten.

1.What changes need to be made to the workplace so that this generation does not have to hide their mental wellness as I did, through fear of being professionally prejudiced?

2.What was the personal cost of driving myself to be “on” all the time, in between the trapeze  every week ?

3.It’s a story I tell, so that my story can change the personal narrative of those that hear it and relate to it.

We now live in the “Arithmocracy”. Numbers have power previously unthought of. In fact many people don’t follow me but algorithms do. We have petabytes of data produced everyday, but much of this is what I call “red” data - un-actionable data. We need to find and focus on “blue”data - actionable data to make progress with our companies.

Now combine this with future state artificial intelligence and virtual reality.  Data now can be 3D and recursive and we can bend it. Next, let’s add concepts like “machine rights” and trans-human communities. But when I currently look out the window I see people walking dogs, and jogging slowly.

I love to add the human factor to technology. The human reaction and response to social media, disconnection at scale and the role of people in convenience based companies. The future is not linear and never has been. It’s hidden and needs a black light. So it’s still important to determine in this context is your brand, a noun, a verb or a purpose? Because that counts more than ever.