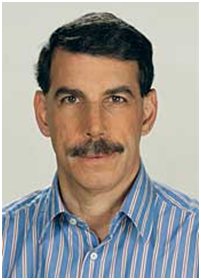 Former foreign correspondent for CNN, Mike Chinoy is currently a Senior Fellow at USC's US-China Institute. He is also Asia’s Vice President and Managing Director for NewsCertified Exchange, a new media company that connects experts and journalists through an online database, allowing reporters to freely and easily access "interview-ready" authorities to comment on issues in the news. Previously, Chinoy was with the Pacific Council on International Policy in Los Angeles in 2006 as the Edgerton Fellow in Korean Security, focusing on security issues in North Korea, China, and Northeast Asia.


Chinoy is the author of the acclaimed book, China Live: People Power and the Television Revolution. His latest book, Meltdown: The Inside Story of the North Korean Nuclear Crisis, provides a gripping account of one of America's longest-running, most volatile foreign policy crises, explaining why North Korea remains a danger today.
Chinoy served 24 years as a foreign correspondent for CNN, including stints as a roving reporter based in London, Bureau Chief in Beijing and Hong Kong, and, from 2001-2006, as Senior Asia Correspondent, responsible for coverage throughout the Asia-Pacific Region. He began his career working for CBS News and NBC News in Hong Kong in the 1970s.
After nearly three decades of living in and writing on the region, Chinoy has a broad and deep understanding of Asian politics and security issues. He has reported on the most important events in Asia since the mid-1970s, including the death of Mao Zedong, the “People Power” revolt in the Philippines, the Tiananmen Square massacre, the rise of China, the Hong Kong handover, the fall of Indonesian President Suharto, the Soviet and US wars in Afghanistan, the Southeast Asian tsunami, elections and political crises in Taiwan, and developments in North Korea.
His access to, and understanding of, North Korea is unmatched among American journalists. He has visited the country 14 times since 1989, more than any other US reporter. He was the only journalist to accompany former US President Jimmy Carter on his historic trip to Pyongyang in 1994, and has returned regularly.
Chinoy has received wide recognition for his journalism, including Emmy, Peabody, and DuPont Awards for his coverage of the 1989 Tiananmen Square crisis, and a duPont Award for his coverage of the tsunami.

Making Sense of North Korea
North Korea's nuclear test underscores the security threat posed by the regime of Kim Jong II - a regime now believed to have up to a dozen nuclear weapons, and missiles capable of delivering a warhead to the continental United States. North Korea's ruler is often depicted as a trigger-happy madman presiding over the world's strangest society. Yet there is a discernible logic to North Korea and to a man known as the "Dear Leader.” In a region that has become a key driving force in the global economy, making sense of North Korea is critical to assessing the prospects for stability or conflict in Northeast Asia.

The Rise of China
The rise of China is arguably the most important trend in the world today. In barely a generation, China has become an emerging economic, diplomatic, and military superpower. Its rise poses significant challenges for the United States. Will an increasingly powerful China be a rival or a partner? How will it reshape the international economy and regional and global security arrangements? Above all, facing massive problems of income inequality, corruption, environmental degradation, and political legitimacy, can China's rise be sustained? Or is the greatest threat not China's success, but its potential failure?

American in Asia
Asia has six of the world's ten largest economies, seven of the ten largest militaries, six of the ten greatest consumers of energy, and six of the ten largest polluters. It will almost certainly be the world's center of gravity in the 21st century. Yet, in the United States, preoccupied by Iraq, Iran, the Middle East and domestic concerns, Asia is frequently almost an afterthought – in the government, the media, and public discussion. One result: the US is paying less attention to Asia, with a corresponding decrease in American influence, reflected in China's increasing regional clout and Washington's growing inability to shape events and protect its interests. Is the US in danger of missing out on the Asian century?
Subscribe
© 2022 Platinum Speakers