Print
Born in Melbourne, Mike Handcock is an entrepreneur, presenter and author. Mike Handcock left the education system with a school diploma, a guitar and a huge attitude. This attitude and a great business mind coupled with musical talent & a... 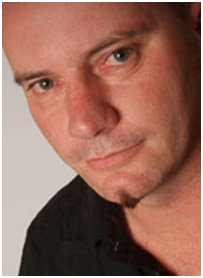 Born in Melbourne, Mike Handcock is an entrepreneur, presenter and author. Mike Handcock left the education system with a school diploma, a guitar and a huge attitude. This attitude and a great business mind coupled with musical talent & a sense of humour has propelled Mike to international success in fields as far apart as rock music, public speaking and financial services.
Is he crazy? Well there is always a crazy, creative innovative side to anyone who titles their book 'Can you teach a goat to dance?' or 'What if you were GOD?' But make no mistake. Mike has coached leading entreprenuers and millionaires in Canada, Singapore, New Zealand, Australia, Thailand, China, Indonesia, Malaysia, USA, UK, Dubai, Hong Kong and India. Mike Handcock knows marketing, sales and branding and he knows people. Its what led him to the top.
From success in his own financial services business in Australia, to managing the New Zealand sales operation and being an integral part of the senior management team of one of the world’s leading insurance companies, Mike’s leadership contributed to the region becoming one of the most successful subsidiaries in the world. In 1998 Mike Handcock put his extensive sales experience in writing. The resulting publication, Eyes Wide Open reached international acclaim, holding a place in the best sellers list in New Zealand financial services. Currently in its third reprint the practical and innovative techniques and information in Eyes Wide Open is continuing to be in demand in five countries. Following the astronomical success of Eyes Wide Open, Mike Handcock's second book Meet Joe Sample and third book 'Your Empire Strikes Back' have also seen multinational release and acclaim. Mike's fourth book 'Can you teach a goat to dance?' was released in April 2006 and was nominated for Self Improvement Book of the Year. His fifth, sixth and seventh books 'Global Gypsy 1,2 & 3' was released in July 2007 - January 2009. In 2009 Mike released 'What if you were GOD?' which had exceptional pre sales.
Mike Handcock’s innovative yet practical ideas have resulted in him becoming a hugely sought after speaker.
Mike has a smorgasboard of concepts and techniques he can use to empower your audience. Most speakers regurgitate the same speech again and again and again. Not Mike. You don't just get one speech from Mike, the same for all. He has a smorgasboard of information and expertise you can choose from and that he can tap in to. Your group may desire the prawns, steak and creme brulee, whilst the next group may wish the spring rolls, tuna and fruit salad. Some of the topics Mike has delivered recently are:
• Amplify Your Success – Leadership with Unique Ability
• The Keys to Success – Asking Better Questions
• Why You Can’t Catch a Fly
• Play a Bigger Game
• NO is the Word That Leads to Bigger Sales
Whilst Mike is a specialist in transformational leadership and will always have aspects of this in every presentation, he also knows marketing, sales and people. Make sure you fully brief him on the outcome you want and he can incorporate numerous aspects of his personal and business experience into your session to give it meaning, personality and uniqueness for your audience.
Subscribe
© 2022 Platinum Speakers