Print
Mike Whitney has an innate talent for communicating and holding people's attention. A consummate anecdotist and accomplished mimic, Mike is an entertaining raconteur whose stories are told with grace, humour and charm. 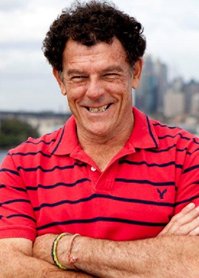 Warren was our Key Note speaker at the recent ANZ Business Banking Summit in Melbourne. His story emotionally touched the audience of 250- hitting rock bottom and the climb out was an inspiration to us all. More importantly, Warren shared the key factors in his recovery- Family and community support as well as the willingness to talk. As Bankers, we see many situations with individuals under emotional stress. The hour we spent with Warren was invaluable in helping identify mental health issues and more importantly, giving us better understanding and providing the pathways to seek or help others seek help. Well done Warren. I’m happy to endorse Warren and recommend him to be part of your next team meeting.

Warren presents a confronting, honest and inspiring story of resilience and strength as a former farmer in Northern Victoria. It was an eye-opening discussion that was extremely beneficial for our administrative staff who communicate with farmers daily - it was certainly a lesson in empathy. We all took a great amount from Warren's talk with us, and his down-to-earth speaking style made it very easy to engage with him. I think any organization or group would benefit from speaking with Warren and hearing his story.

I listened in awe at Warren’s presentation “The Unbreakable Farmer” at a recent conference and it provided myself and the listeners with an emotional “Real Life” experience and how he dealt with the challenges that he faced and through courage to tell his story, he was able to overcome these challenges Inspiring and Motivating, I would highly recommend Warren to talk at any function.

Warren is a warm, considerate and affable speaker that relates well to people. He has many strings to his bow with both the Love me, Love you and Unbreakable Farmer titles in his stable. The big thing for our school and our kids was his understanding of country life and how they could relate to him and what he had gone through. Most farming kids had gone through the same and were well aware of the difficulties of farming life. He has a fantastic story to tell and it has been one of my favorite presentations for our school. So much so, we want to get him back to talk to the parents as well. Thanks Waz.

Warren spoke at our workshop day in January 2016 and he delivered an emotional, inspiring & honest presentation to a room full of men,

Warren showed the audience how an everyday guy can crash and burn but also recover magnificently. Warren is a truly inspiring individual with a story worth listening to. Keep up the great work Warren.

Warren's presentation at the 2018 Elders Financial Planning conference was both moving and inspiring. Warren's courage in regularly sharing his story in overcoming adversity and his determination to build a better life has motivated many to seek support and improve their own lives. I recommend including Warren, the Unbreakable Farmer, as a speaker at your next Conference.

Mike Whitney travels from NSW
Fee Range: Up to $5000

Mike Whitney has an innate talent for communicating and holding people's attention. A consummate anecdotist and accomplished mimic, Mike is an entertaining raconteur whose stories are told with grace, humour and charm.

A qualified aviation engineer, Mike entered the world of cricket with a wild-man image and a reputation for bowling fast and dangerously. In 1994 after a successful 14 year career he retired from first class professional cricket.

Since then Mike has established himself in the entertainment industry and the hearts of the Australian people with his varied talents including promotions and marketing, print, television, radio and film.

Mike Whitney has an all-encompassing style when making a motivational keynote address, an after dinner presentation or taking the helm as MC. His storytelling and humour ensure a memorable time and his experience guarantees a professional job.

A qualified aviation engineer, Mike first began his career as an apprentice with QANTAS. It wasn’t until his lethal fast bowling skills began capturing the attention of selectors when Mike changed career paths and took his cricket skills to an international level.

In 1994 Mike had his final bowl after 14 years successful years. Not long after, he began with Sydney Weekender and hasn’t looked back.

Entering his 26th year hosting the popular travel show, Mike has travelled across the far breadths of NSW every week; yet he is still startled at where he continues to travel. “You would think after 25 years of travelling I would have seen everything, but I am still amazed each week at how many new places we are still discovering,” he says.

Mike’s stellar television career also includes hosting reality programs including Who Dares Wins and Last Chance Learners, while palming off sledges from contestants during his time refereeing on Gladiators. To this day Mike is still asked by Who Dares Wins fans if he can “dare them.” Mike was also part of Channel Seven’s Sydney 2000 Olympic Games commentary team.

A passionate footy fan, Mike is a life member for the South Sydney Rabbitohs and played an active role in the club’s battle for reinstatement to the NRL competition.

Mike is a patron for the Sydney Kids Committee (Young Christopher Robin Committee) and a member of the fundraising committee for the Sydney Children's Hospital, Randwick. He has also organised a fundraising day "Whit Walk -Kilometers for Kids" with field events and family entertainment.

The author of two books two best-selling books Quick Whit and Whiticisms, Mike is a Life Member President of the Randwick Petersham Cricket Club where he has been President since 2001, and a Life Member of Cricket New South Wales.

The lighter side of the game