Print
Nick Abrahams is a regular speaker on innovation and disruption. He shares his views as a practical futurist and looks at the impact on organisations of technology over the next 3-5 years, not 30 years. He has disrupted the legal profession and has worked with more than 50 disrupters and established companies seeking to innovate as a result of potential disruption. 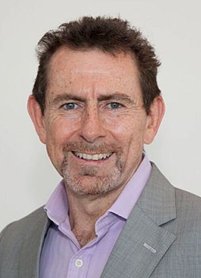 Nick was our keynote speaker at a sold out event and again Nick demonstrated he is a true insider in the corporate disruption and innovation space. The global stories in his keynote speech kept our audience enthralled and really entertained the whole time. Thanks on behalf of all our members

Nick is a regular emcee at AmCham events. He does a great job and really engages the audience. He has a wonderful sense of humour and knows his stuff.

Nick is a “P” speaker – powerful, persuasive, on-point and purposeful. He was hand-picked to address a group of 200 innovators, entrepreneurs and industry executives at  SWITCH Festival. If you are lucky enough to hear Nick speak, you had better be a multi tasker as I have never witnessed a room full of people more engaged and in uproars at Nick's wit and storytelling and at the same time furiously capturing the insights that Nick imparted. He is the complete ‘Package’.

I have worked with Nick on many occasions when doing speaking gigs. He is funny and articulate. He gets the audience and wraps them around his little finger.

Nick really energised the crowd of about 200 and made the complex topic of cryptocurrency & blockchain understandable and interesting. He clearly thought about what would be relevant for his audience and delivered information well-tailored to the purpose of our event.

Nick gave an excellent presentation on the impact and opportunities arising from disruption in financial services to our APAC team yesterday. I received great feedback and it has already started a lot of positive buzz!

Nick gave a keynote on "Digital Disruption" to our Corporate & Asset Finance Group (inc. senior leadership). Nick is not only an expert on this subject but has an engaging and entertaining style. The session was filled with case studies and practical advice. It prompted excellent discussions on what our organisation should be doing to respond to disruption.

Nick Abrahams is a regular speaker on innovation and disruption. He shares his views as a practical futurist and looks at the impact on organisations of technology over the next 3-5 years, not 30 years. He has disrupted the legal profession and has worked with more than 50 disrupters and established companies seeking to innovate as a result of potential disruption. Not satisfied with having his finger on the technological pulse, Nick is also a perfect choice when looking for an MC, having has a successful career as a professional comedian.

Nick spent his first four years of professional life as a lawyer with a major law firm in Sydney, then three years with them in Tokyo. While a lawyer during the day, he founded a business, The Tokyo Comedy Store, at night and he was the resident Emcee. One of the major Japanese networks was convinced Nick was to become the Seinfeld of Japan and commissioned him to write a TV pilot The Ugly Gaijin Brothers. The pilot was shot and aired on Japanese TV. Determined to chase a dream (or you could call it a personality flaw) to be a Hollywood studio executive, Nick then went to one of the world’s best film schools at the University of Southern California to do a Masters of Film & TV where 20 people in the programme were lectured by luminaries such as Kevin Spacey and Jerry Bruckheimer. Nick produced a mockumentary Searching for Alison Porchnik featuring Woody Allen & Willie Nelson.

After film school he worked as a Creative Executive at Warner Bros, including working on the development of the TV shows, ER and The West Wing. But the siren song of Dotcom was calling in 1999 and Nick went to become Chief Operating Officer of startup web company Spike Networks. With his team, Nick ended up listing Spike on the ASX and got the market cap to $350 Million before the Dotcom crash. With his shares going south in value his interest in the law (and in feeding my family) rekindled strongly.

Nick returned to Sydney in 2002 and have since worked to become one of the leading technology lawyers in Australia, having worked on over $3 Billion of deals in the last three years. He co-founded online legal disruptor, LawPath as a side business and it has become very successful with over 25,000 customers.

Nick sits on the boards of ASX-listed software company, Integrated Research and leading global thinktank, The Institute for Economics & Peace. He recently wrote the best-selling book Digital Disruption in Australia. In the book, he analysed 550 M&A/investment deals in Australian tech and identified where there is clustering of transactions around particular disruptive themes. No one has ever done such a comprehensive review of the Australian market. All royalties from the book go to Alzheimer’s Australia.

Nick has a unique background and when he talks about what the future means for organisations, tomorrow, next week, next month and at a stretch next year. He does not talk vaguely about what may happen in the future year off. Nick can talk to companies about what is really happening in the market and how they need to respond – this is reinforced by using his proprietary analysis tool he calls The Innovation Dating Game.

Audiences will learn real things that are immediately actionable – and have fun while doing it.

The Innovative Dating Game - How companies can innovate, either internally or by working with startups. This uses Nick's propriety methodology derived from research for his book

Leadership, Your Company and Distribution - How to use disruptive forces to create a better company and better leaders

Ancient Wisdom, Modern Leadership - Follow the successful example of companies like Google, Goldman Sachs and Intel by using mindfulness, meditation and karma in the workplace

The Salesman as Storyteller - Using my background as a creative exec at Warner Bros, I teach the key elements of story and how this can be used in the sales process

The Leader of Storyteller - Using my background as a creative exec at Warner Bros, I teach the key elements of story and how this can be used in to create charismatic and effective leaders