Print
Nick Cody is an Australian comedic star on the rise! Nick has toured extensively around Australia & Asia on the Melbourne Comedy Festival Roadshow and Sydney Comedy Festival Showcase tours and performed at the invite-only Montreal Just For Laughs Festival. 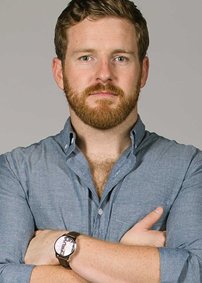 "Masterful hour of stand up...its effortlessness is what inspires the awe...It's fantastic stuff"

"Nick Cody is a force to be reckoned with...a man destined for big things."

"He's got it all - the timing, the material selection, and the perfect mix of audacious and likeable. Nick Cody is brutally honest and an absolutely fantastic comedian."

At only 30 years of age, Nick has already headlined comedy clubs all over the globe, made his US late night television debut on CONAN, performed at the invite-only Montreal Just For Laughs Festival, appeared on a bunch of televised Comedy Galas at home in Australia and played to packed houses around the world on his solo stand-up tours.

Besides that, he has also been handpicked to support some of the biggest names in comedy, including international superstars Jim Jefferies, Bill Burr & Anthony Jeselnik. He has also acted in some stuff, some of the shows were nominated for awards. Nick had nothing to do with that. Whatevs.

2016. Nick made his US late night television debut on CONAN, returned to the Just For Laughs festival in Montreal, had two runs at The Soho Theatre in London, shot his second comedy special "What Of It?" at the Enmore Theatre and generally kicked ass at home in Australia & around the globe.

2015 saw Nick perform on the Melbourne Comedy Festival Opening Night Allstar Supershow (Ch 10), sell out his Australian solo stand-up tour "Beard Game Strong", take Edinburgh by storm in his debut with his show that was in the Top-10 highest reviewed at the Edinburgh Fringe, return to acting on the small screen in "Please Like Me" (ABC/Pivot) & the second series of TV sketch comedy hit Kinne (7Mate), represented Australia at the Johannesburg Comedy Festival and returned to Afghanistan to entertain the troops at Christmas.

In 2014, he shot his debut stand-up special "Here's Trouble" at the Metro Theatre in Sydney, starred in all six episodes of the smash-hit TV-sketch show "Kinne" on 7Mate, guest starred on Josh Thomas' award-winning comedy/drama "Please Like Me" on ABC2 and was invited to perform at the world famous Just For Laughs festival in Montreal.

His stand-up has been featured on the ARIA-nominated DVD 'Dave Hughes Is Handy' (Roadshow Films), ABC2's "Comedy Up Late" and "Best Of The Sydney Comedy Fest" & "Just For Laughs Sydney" on the Comedy Channel.