In 2009 Nick Marvin was appointed as managing director of the Perth Wildcats following a championship drought of almost a decade and considerable financial failings.  In the ensuing eight years the Wildcats appeared in six grand finals and won four championships whilst posting consecutive profits - unprecedented in Australian basketball history. 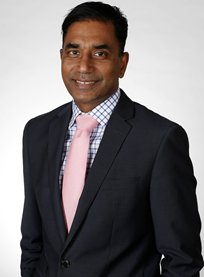 Nick is an engaging presenter and facilitated a powerful session with 50 of our hospital leaders. His stories of living and leading from a values-base are both inspiring and challenging. The lessons Nick shared with our team have had an ongoing impact throughout the organisation. Nick communicates with conviction reinforced by research and lived experience. His message cuts through the noise that often fills our minds (and hearts) and rings true as a guide to living authentically and effectively as leaders in work and indeed, all of life.

Nick Marvin travels from WA
Fee Range: Up to $5000

In 2009 Nick Marvin was appointed as managing director of the Perth Wildcats following a championship drought of almost a decade and considerable financial failings.

Sharing his compelling story of the remarkable success by an outsider to sport, Nick shows what can be achieved by finding a compelling purpose, empowering people and a culture that nurtures performance on and off the court.

Nick Marvin was born in Madras, India two months premature. Later, as a teenager he suffered two bouts of typhoid, the second having a significant impact on his perspective about the sanctity of life.

His passion for the human person, their identity, their unique strengths, their contribution and legacy has defined his work as a management consultant.

Nick was appointed managing director of the Perth Wildcats in 2009 with little prior sports management experience at a time when the club was at its lowest ebb. It had been almost a decade since its last championship and following a rescue of the club by entrepreneur Jack Bendat in 2006, the club accumulated losses of $7M in the ensuing three years.

Marvin introduced a unique set of non-negotiable core values previously unheard of in sport in Australia. Players were required to perform 350 hours community work, a no-swearing policy was implemented organisation-wide as was a zero-tolerance on bad behaviour. Headphones and mobile phones were disallowed in the locker room and when engaging with fans.

Players were encouraged to complete vocational and tertiary education fully funded by the club to ensure successful post-playing careers and transitions. The results of these new measures were remarkable.

Between 2009 and 2017, the Wildcats experienced their most successful era - competing in six grand finals and winning four national championships, whilst posting consecutive profits.

Record attendances far surpassed anything witnessed before as the franchise led the nation across all viewership and fan engagement metrics.

Nick shares this compelling story of the remarkable success by an outsider to sport and what can be achieved by finding a compelling purpose, empowering people and a culture that nurtures performance on and off the court.

Nick is a management consultant, specialising in organisational transformation through performing teams.

Over the last 20 years, he has worked closely with two of Western Australia’s most successful entrepreneurs – Jack Bendat and Andrew Forrest – as well as organisations in the public, private and non-for-profit sectors.

He is a Fellow of The Australian Institute of Management, a Certified Management Consultant and has an MBA from RMIT University. Author/Journalist – Rolling Stone Magazine, national award recipient.

Putting people first - Understanding how people perform as individuals and with each other. Maximising strengths and minimising weaknesses in a team to achieve success

Power of purpose - How a compelling purpose transformed a sporting franchise Understanding the environment, clarifying comparative competence and creating value

Performance without compromise - How we perform is just as important as profit. Using Appropriate information, Execution Empowerment and Meaningful controls to ensure ethical performance