Nick Maxwell is recognised for his excellent leadership capabilities, becoming a successful Leadership coach with the Melbourne Storm, & advisor to Leaders in business. Nick is currently the Leadership and Culture Manager at Collingwood Football Club. His AFL journey is certainly worth listening to, but his focus on ‘Leading from within’ a team is incredible. 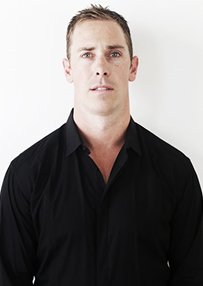 “I don’t think it is overstating things to say that Maxy redefined what it means to be a leader in the AFL in the 21st century. He was a wonderful captain and leader, a shrewd tactician and teak tough. Above all, though, he was a reminder of what is possible to achieve in football, and in life.”

We had the pleasure of having Nick Maxwell present to our key clients and talk on his AFL journey and how he developed his renowned leadership skills.

Nick’s discussion was insightful, candid and resonated very clearly with the audience who were not all Collingwood supporters. Nick was an absolute champion on the football field and his ability to translate his football skills, team leadership and spirit into the Corporate Boardroom is a revelation.

It is clear why the current CEO of the Collingwood Football Club indicated that Nick is the next CEO elect of Collingwood.

Nick is engaging and warm as he shares insights on goal setting, motivation, and perseverance in his AFL journey. These qualities especially his perseverance culminated in being a Premiership Captain in 2010.

We would not hesitate to have Nick speak at a function again and we can thoroughly recommend Nick as a distinguished and thought provoking speaker.

We recently asked Nick to come and speak at a business networking function and it was one of the most inspiring stories of persistence I have heard.

There were many successful business professionals in the room that were fascinated listening to the ups and downs and the hard work and dedication required for Nick to eventually achieve the success he did in the AFL.

The feedback was very positive and people were able draw motivation from his story and relate it to their own business. As leaders in our own businesses, we were able to gain a very useful insight into some of the leadership techniques that Nick used to help lead Collingwood to a premiership.  I was able to take some of these and use them in my own business.

Nick Maxwell is the epitome of hard work, persistence & ‘team’. After years of knock backs, he became one of the AFL’s greatest success stories, going from the rookie list to an AFL Premiership Captain, leading the Collingwood Football Club to a drought breaking flag in 2010.

Maxwell is recognised for his excellent leadership capabilities, becoming a successful Leadership coach with the Melbourne Storm, & advisor to Leaders in business. Nick is currently the Leadership and Culture Manager at Collingwood Football Club.

Nick can be of great benefit to your employees, managers, partners or customers as a speaker. His AFL journey is certainly worth listening to, but his focus on ‘Leading from within’ a team is incredible.

Many Leadership Speakers talk of top down Leadership but Nick’s advice and experience around leading within the team – working with those below, above and equal to you in ‘the pecking order’ – is certainly a different take, and possibly more relevant to anything else out there in the market.

His ability to deal with teammates, coaches, CEO’s, staff, sponsors and supporters during his football career has given him all the skills required to advise managers in any industry.

Nick has worked with some of the country’s biggest organisations, sharing his experiences and offering advice to managers and leaders at companies including Holden, Deutsche Bank, PWC and more. As he explains, be it sport of business, his beliefs and philosophies have cross over and work in each industry. Given his experiences he is sure to be able to have an impact in your workplace!

Never lose sight of your dreams