Print
Nicole Velik is a catalyst for creativity. Nicole motivates her audiences to experience light bulb moments where they see how creative they really are. Turbo Charge Your Creativity - Tools and techniques to ignite creativity at work... Nicole ensures her keynotes are always highly interactive, fun, creative, educational and inspiring 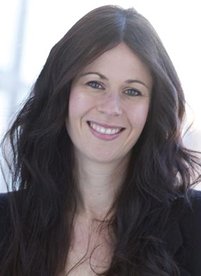 “Nicole’s energy and passion for creativity and ideas were instantly apparent, and the professionalism and manner in which she presented resulted in a session which was very well received by the team, at all levels. Her ability to get participants to think laterally resulted in exciting and fresh thinking around some of our traditional challenges. The techniques she shared with us continue to be of great use to colleagues, and the office.”

Nicole is a highly motivational speaker who draws on her years of experience to very quickly build rapport with her audience.  She has a clever way of helping people overcome their mental blocks to unleash their creative side.  In the space of two hours she was able to get a room full of financial analysts and actuaries thinking creatively about developing workable solutions to help them overcome problems that will set them apart from their competitors.

“I recently attended an Ideas Master class with Nicole from the Ideas Bodega and I was blown away by the amount of relevant information and productive tools that were provided. It was by far and way the most useful course I have attended and Nicole’s passion and professionalism were undoubtedly major contributors to this experience. She has identified an important area in our market and has made herself an expert in the art of the brainstorm.”

“Really valuable tools and techniques for creative planning and brainstorming. It was a hugely beneficial process and I would highly recommend it to any organisation wishing to inject a fresh approach to their creative output.”

“The masterclass was both inspiring but also really practical too (where many other training courses fail), arming you with the best ways to get the most out of your and your team’s thinking. Nicole led the class superbly, using lots of different examples and experiences. Would recommend it for all agency folk; relevant for suits, creatives and planners alike.”

“Nicole ran a two-day Idea Generation Masterclass with incredible results. The team was thrilled with the workshop, with many claiming this to be one of the best they’d experienced. The impact has certainly been far-reaching across the business. On a professional level, I cannot recommend Nicole highly enough.”

Nicole Velik is a catalyst for creativity. Nicole motivates her audiences to experience light bulb moments where they see how creative they really are. She does this by giving them practical and easy to use tools and techniques during the keynote and then have the audience share their incredible ideas. Nicole ensures her keynotes are always highly interactive, fun, creative, educational and inspiring. Not one person will leave, thinking they are not creative!

Nicole was working in advertising in NYC as a Brand Strategist when she got the idea to start The Ideas Bodega. She has facilitated and trained organisations across The United States, Australia and Asia. Her clients include The United Nations, Nike, BBDO, TBWA, Coca-Cola, Pepsi, JWT, One Green Bean, BBC Worldwide, Edelman PR, eBay, Havas Worldwide, STW Group, Ogilvy PR, Hill + Knowlton, Foxtel, Seven Network, The Cancer Council and Colonial First State.

Nicole spent four years working in New York City where she helped her clients keep a competitive edge by thinking creatively and creating cultures where innovation would flourish. She returned to New York to work with her dream client, The United Nations. Her task was to arm them with creative thinking skills and generate big ideas for a UN global initiative, World Humanitarian Day.

Nicole is a regular speaker on creativity and innovation and has educated, entertained and inspired audiences at global conferences such as Ad:Tech, Promax BDA, CREA and Emergence Creative.

With a background in advertising, as a Brand Strategist, she spent most of her early career working at creative agencies, Kirshenbaum Bond + Partners in New York City and Saatchi & Saatchi, Sydney. Nicole has been trained in Idea Generation and Creative Problem Solving by the Creative Education Foundation (New York) and has spoken and presented at CREA, the European Creativity Association. She also holds a Communications Degree from Charles Sturt University and a certificate in Organisational Development from New York University.

When Nicole’s not overhauling brands and nurturing ideas, she can be found pursuing her other passion, music. Her song ‘Tonight’ was used on a national Channel Ten promo for the American TV drama, Medium.

Selling Ideas for Success - The secret formula to selling ideas