Print
Paul Martell has been voted Comedian of the Year by his peers on an unprecedented 24 occasions at the coveted “Mo”, “Ace’ & “Variety Club Heart Awards”, the latest being 28th July, 2015. He remains in constant demand and is still one of the busiest comedians in the business due to his ability to continually ‘re-invent’ himself, stay fresh, non-offensive and current. 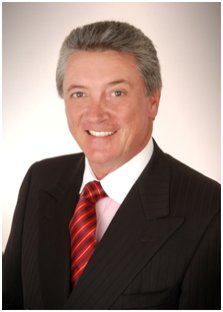 “Thank you so very much for your help in bringing Paul Martell to Newcastle for the Engineering Excellence Awards. It was a great night and Paul’s performance was absolutely perfect for our audience, except for the fact that they probably all have broken ribs now from laughing so much!! As you know we have booked Paul twice now and yet again people were abuzz about how much they enjoyed his show. He manages to have the entire room enthralled and in stitches, and he does this with absolute professionalism and without vulgarity.”

“Not only did you keep the “business” of the evening moving along as MC, your feature set was fantastic! We have had rave reviews all around. It makes such a difference working with someone so professional and so good at just getting the job done”

“The feedback from the members has been outstanding. They loved Paul. Some people want to know where Paul Martell has been hiding; they can’t believe that they have never heard of someone that funny!”

“Entertainment is always a bit stressful for events. The audience were so into Paul Martell. Great job. Thank you“

“Your natural flair with the audience and your ability to connect with all cultural backgrounds has provided a magic evening time and time again. You are a true professional Paul, and a true gentleman personally. It has been our pleasure to have your talent as part of our special evenings year after year..”

“Paul was fantastic, he’s such a delight, and we just LOVE him, what a great performer”

“John Blackman tonight gave RAVE comments re your act. He worked with you at the Sheraton Mirage Gold Coast last week”

“Thank you for today - you were fantastic!”

“Paul Martell is the Comic’s Comic!”

“You are brilliant.  A lovely human being.  And you always put a smile on our faces”

Paul Martell travels from NSW
Fee Range: Up to $5000

Well you may not have heard of him, but he has been voted Comedian of the Year by his peers on an unprecedented 24 occasions at the coveted “Mo”, “Ace’ & “Variety Club Heart Awards”, the latest being 28th July, 2015. He remains in constant demand and is still one of the busiest comedians in the business due to his ability to continually ‘re-invent’ himself, stay fresh, non-offensive and current.

Paul’s incredible adaptability at being able to work in any arena, has seen him make numerous appearances for major ‘Corporate’ events as well as ‘Sporting’ events such as the AFL & NRL Grand Finals, Bledislow Cup, A Leagues, State of Origin, Australian Open Tennis, Formula 1, Melbourne Cup for Crown Casino and Super V8’S on the Gold Coast. He has also performed on prestigious ‘Cruise ships’ such as Queen Mary 2and in ‘Concert halls’ around Australia with international legends such as Shirley Bassey, Julio Iglesias, Shirley MacLaine and Englebert.

As a ‘Master of Ceremonies’ he is continually re-booked at conferences and award dinners such as the Park Trent Properties Group whom he has toured Australia with for 3 years as MC /Comedian with Jessica Mauboy, Samantha Jade, David Campbell and Leo Sayer, and has recently been confirmed for a fourth year with Kate Cerebrano.

Paul’s hoax characters are specifically tailored to your business and his brilliant impressions of Sean Connery, Michael Caine, Robert DeNiro, Russell Crowe, Jack Nicholson and Nicholas Cage to name a few, are a highlight of his act.