Print
Peter provides an emotional yet uplifting story of an ordinary Australian who is now described as a 'hero' and one who has triumphed against the worst odds. His gripping and personal account of the day terrorism cast its deadly shadow on Australia as told by the man who became the human face of the tragedy, and an accidental hero is moving and unforgettable. 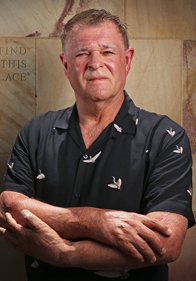 Peter Hughes is a regular guy with an amazing account of what ‘can happen’ to any of us at any point in time nowadays. His story will move you.

Peter was outstanding! He hits the mark beautifully with the way he mixes up the Peter Hughes story, the Australian spirit, the actual tragedy of events that is Bali and what lies ahead for all of us. It is moving and inspirational and delivered in a very down to earth style that displays the courage of just an ordinary bloke.

In all my time as an Australian cricketer I’ve never seen the guys so captivated by a guest speaker. It came straight from the heart and struck a chord with all of us. To hear about his survival against the odds, how his life was forever changed, his attitude to life and learning how to see the positives in any situation. To value your family, to realise that the only thing stopping you achieving is yourself and to be told Australians are different to anyone else in the world in that they just are – these were the key messages that made an impression on us. It was uplifting.

Peter Hughes travels from WA
Fee Range: Up to $5000

Peter Hughes was the man whose swollen and blistered face the Australian public saw on television during the shocking first hours of the news coverage from Bali. He literally took our breath away when we heard him quietly tell rescuers he was okay and to help those worse off than him. Later, he lapsed into a month-long coma during which he died three times and had to be revived.

Since then, Peter Hughes has emerged from his experience with an enormous sense of hope and pride in his country and fellow Australians. His recovery has been remarkable and he owes this to the support and love of friends, family and complete strangers from all walks of life.

Peter provides an emotional yet uplifting story of an ordinary Australian who is now described as a 'hero' and one who has triumphed against the worst odds. His gripping and personal account of the day terrorism cast its deadly shadow on Australia as told by the man who became the human face of the tragedy, and an accidental hero is moving and unforgettable.

His unique story provides audiences with hope and inspiration, while allowing Peter to say thank you to all Australians who were touched by this horrific event. It is also a testament to courage, mateship, and the remarkable resilience of the human spirit to overcome seemingly insurmountable odds.

In 2003 Peter Hughes published his book Back From the Dead, a personal account of his experiences.

Peter's positive message is reality based, filled with wisdom and inspiration, shaped by a lifetime of learning as well as his experiences as part of the Bali bombing tragedy. Peter's humorous, anecdotal and compelling talk motivates and moves audiences to exceed personal and professional expectations.

Corporations, sporting groups, associations, schools and other groups looking for inspiration and motivation in their own lives will not be disappointed by Peter's account of that day and life beyond Bali.