Print
Ray Hammond is Europe's most experienced, most successful and most widely published futurist. For over 25 years he has researched, written, spoken and broadcast about how major trends will affect society and business in the future.... 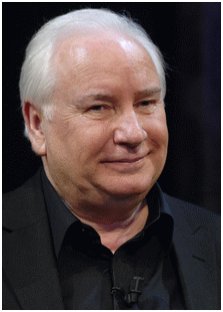 Ray Hammond is Europe's most experienced, most successful and most widely published futurist. For over 25 years he has researched, written, spoken and broadcast about how major trends will affect society and business in the future.


Ray Hammond is the author of 16 books about the future, a body of work which he began in 1980 and which stands as testament to to the long-term accuracy and reliability of his foresight.
His 1984 work The On-Line Handbook was the world's first book to identify the importance of the Internet and to identify 'search' as the driving force behind on-line advertising and ecommerce.
In 1986 his ground-breaking publication The Modern Frankenstein became the first book to predict the importance of genetic engineering, cloning and the emergence of super-intelligent machines that may become rivals to the human species later in the 21st Century.
In 1996 his international best-seller Digital Business provided a blueprint for Web commerce and provided a business plan for on-line retail enterprises. (Free PDF of 'Digital Business' here.)
Ray Hammond is also the author of four futuristic novels and his books have been best-sellers in the USA, UK, France, Spain, Poland, Japan and China. He is published globally by Macmillan.
As a gifted, inspirational keynote speaker, Ray is in world-wide demand by business, government and non-government organizations. His speaking topics include the impact of technology and innovation on business growth, the importance of sustainable business models and the continuing significance of globalization.
Based in London, Ray also provides many academic lectures around the world. Listen here to his podcast for Oxford University, 'The Seven Key Drivers Of The Future' or you can watch video of his recent lecture for The Cass Business School at the University of London.
Ray is a contributor to the Human-Computer Interaction Laboratory at the University of Maryland, U.S.A. and he is an elected Fellow of the U.K.'s Royal Society of Arts (F.R.S.A.).
In 2007 Ray Hammond was elected a Fellow of the World Innovation Foundation (F.W.I.F.), a Swiss-registered charity which counts 91 Nobel-laureate scientists among its 3,000 strong fellowship.
In October 2010 Ray will be presented with the Medal of the Italian Chamber of Deputies at the Pio Manzu International Research Centre in Rimini, Italy. The honour was awarded to note Ray's work in combating climate change and promoting sustainable world development.

The Seven Key Drivers of The Future
Parallel Worlds
The Awakening of the Global Brain
The Singularity
Blogs, Wikis, Podcasts and Vidcasts
The Virtual Ape
Mobile Revolution
Generating and Capturing 'Business Process Intellectual Capital' Within Your Organization
Subscribe
© 2022 Platinum Speakers