Print
Tim Costello AO is recognised as one of Australia’s leading voices on social justice issues, having spearheaded public debates on gambling, urban poverty, homelessness, reconciliation and substance abuse. Since 2004, as Chief Executive of World... 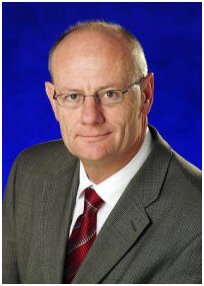 “Excellent.  Very inspiring, Tim Costello was very casual and informal and talked about subjects all attendees could associate with.”
Outer East Employment Service

"Tim's presentations were thoughtful, insightful and entertaining. He related well to the audience and engaged them in an informal dialogue that instantly made the audience feel relaxed and part of a conversation. An inspirational individual."
Department of Primary Industries, Parks, Water and Environment

"Tim is an excellent speaker, engaging, informative and very personable.  His talk was very much enjoyed by all at the meeting.  On a personal level he is very warm and delightfully easy to talk to.  It was a delight to meet and spend time with Tim."
QLD Health
Rev Tim Costello AO travels from VIC
Fee Range: POA

Rev Tim Costello is one of Australia’s best known community leaders and a sought after voice on social justice issues, leadership and ethics.

For 13 years until October 2016, Tim was Chief Executive of World Vision Australia, placing the challenges of global poverty on the national agenda. In his current role as Chief Advocate, Tim continues to use his public profile to affect change.

In addition Tim is Chair of the Community Council of Australia, and is a member of the following: the Multi-Stakeholder Steering Committee of the EU-Australia Leadership Forum; Australian National Development Index; Concern Australia Advisory Group and the Campaign for Australian Aid.

Tim is a founding board member and spokesperson for the Alliance for Gambling Reform, which campaigns for law reform to prevent harm from poker machine gambling.

In earlier roles Tim was National President of the Baptist Union of Australia and Mayor of St Kilda. He has been Baptist Minister at St Kilda Baptist and Collins Street Baptist in Melbourne, as well as Executive Director of Urban Seed. In these roles he spearheaded public debate on problem gambling, urban poverty, homelessness, reconciliation and substance abuse.

Initially Tim studied law and education at Monash University, followed by theology at the International Baptist Seminary in Rueschlikon, Switzerland.  He also received a Masters Degree in Theology from the Melbourne College of Divinity.

In 2006 Tim was named Victoria’s Australian of the Year, in June 2005 was made an Officer of the Order of Australia (AO); in 2004, was named Victorian of the Year; and in 1997 was named as one of Australia’s 100 National Living Treasures. His books include Faith (2016), Hope (2012), Another Way to Love (co-edited with Rod Yule); Streets of Hope: Finding God in St Kilda; Tips from a Travelling Soul Searcher; and Wanna Bet? Winners and Losers in Gambling’s Luck Myth (co-written with Royce Millar).

Tim and his wife Merridie have three adult children, Claire, Elliot and Martin.

•Spirituality in the Workplace