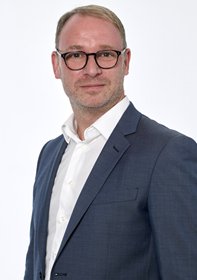 "Although the world of Formula 1 seems a million miles away for those of us in the corporate sector, Richard effectively demonstrates that leadership, and team building, are key elements of success whatever realm you’re operating in. The business of Formula 1 is after all, a business, and his practical examples combined with enticing insights into the industry, has helped us engage our clients and prospects tremendously.”

Firstly, on behalf of the NSW Health team, we wanted to thank you again for being part of the Module 2 workshop on high performing organisations late last year. After their conversations with you and the other organisations, the participants (incl. Paul and Mathew, who you spoke with) designed their own models of high performance, which they have just trialled for Module 4 Wagga Wagga with the local health teams, in areas that include Aboriginal Health and Mental Health. It’s great to see that real changes are being implemented as a result of this work.

Richard Hopkins is the former Head of Operations for the 4-time consecutive World Championship winning Red Bull Formula One Team and is currently a Professor of Practice at UNSW.

Richard turned his boyhood dream into reality and became involved in Formula One at the age of 16.

Having been presented with an opportunity to join the Brabham Formula One team under Bernie Ecclestone’s leadership he was key team member from 1987 until 1991.

In the early nineties Richard joined the world renowned McLaren team. It was in this role that he started travelling the world on the Grand Prix circuit as a mechanic, where he experienced the taste of winning for the first time. His role at McLaren also had him working alongside drivers such as Ayrton Senna, Alain Prost, Nigel Mansell, Mika Hakkinen, Fernando Alonso, Kimi Raikkonen & Lewis Hamilton.

At the beginning of the new millennium Richard shifted to a new role in the McLaren team, driving the operational side of the team. The result was one the industry that had never seen before, recognising greater efficiencies within the business, that ultimately produced better results on the track.

In 2007, Richard and was asked to join the young but extremely enthusiastic Red Bull Formula One team, who at the time of his appointment, only had two 3rd place trophies in their cabinet to show for their 3 seasons of racing.

Richard was given a very clear and simple mandate on joining: “Make us into a team of winners”!

He took his depth of experience, dogged will to win and exceptional organisational skills to transform a team of over 800 from competitors into winners, and ultimately multiple World Champions.

By the end of the 2015, Richard had been involved in 509 Grand Prix’ spanning 28 seasons and had been instrumental in the Red Bull Formula One Teams 50 Grand Prix victories and now 169 trophies that sit in a much larger cabinet.

2015 also saw Richard move from the UK to Sydney with his Australian wife and daughter.

Richard is now a Professor of Practice at the University of New South Wales as well as running his own High-Performance coaching business. This is in addition to his passion of engineering cultural and environmental change.

His personal story is fascinating, or so he’s been told, his career is one of creating team cultures along with a huge amount of determination and resilience to succeed and his insight into the high-performance world of Formula One is transferable to any industry.

The business of Formula One