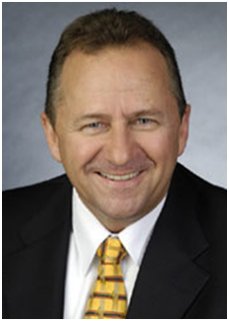 A California University Business Degree graduate with US Fortune 500 experience, Rob Salisbury is one of approximately 600 people worldwide to have earned Certified Speaking Professional (CSP) accreditation, the highest international speaking designation awarded to members of the National Speakers Association and International Federation for Professional Speakers. Rob has been engaged over 1700 times as a key note speaker, workshop leader, panel moderator, MC and conference host in the US, Canada, UK, SE Asia, Australia and New Zealand by over 400 various organisations.
Rob Salisbury is a contributing author to eight books, written dozens of published articles, been an invited radio show guest expert on numerous occasions and produced a variety of audio programs including ‘How to MC or Host Just About Anything’ and ‘How to Promote, Market and Sell Your Greatest Asset…YOU’.
From 1999 to 2003, Rob Salisbury served as a Director on the Australian National Speakers Board and two terms as President of the Sydney NSW National Speakers Association Chapter. Through strategic planning, innovation and marketing implementations, his executive leadership team quickly rebuilt Sydney into the largest membership based speakers' chapter of 65 worldwide. An Honorary Rotarian, he has worked with numerous charities and Chambers of Commerce raising hundreds of thousands in funds in support of their causes and since 2004, a senior advisor to the Asia Professional Speakers Association Board of Directors in Singapore.
Subscribe
© 2022 Platinum Speakers