Print
A sought after comedian and MC for festivals, fundraisers and corporate events Ryk loves any excuse to dress up and help other people have a good time. As one of Tasmania’s most highly regarded MC’s and actors. Ryk’s understanding of presentation for different contexts is broad and highly refined. 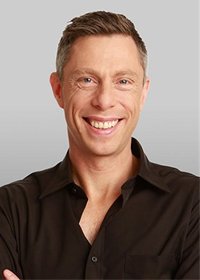 Ryk Goddard is by far the best MC I have ever worked with! He is hilarious, insightful, flexible. He has the unique ability to make even the most mundane elements of a conference schedule both memorable and enjoyable.

Micheal Mcqueen Author of The New Rules of Engagement

You were wonderful! Everyone is raving about the ball! I have only had positive feedback. You really played such a big part in the making a great night. Your ‘we’re here to party!!’ character really got the audience pumped. Thank you also for the extra energy you put in to working the room, selling the auction items and setting the mood.

I really enjoyed the night and received great feedback from my team. Thanks again for making the event a success.

Your MCing for the APACA Drover Awards last night was perfect. You filled your brief to the letter – you were amusing, charming, succinct and very well paced.  The feedback from the guests has been fantastic.

Ryk Goddard is disarming, charming and great fun. He had us cheering and hooting. I would recommend him as an MC to anyone.

Ryk Goddard travels from TAS
Fee Range: Up to $5000

Rick Goddard has run communication workshops for government, business and not-for profit sectors including the UTAS Winter School, Treasury and Business Lab. He was CEO of a not-for profit for 7 years and has written for magazines, TV and online.

Ryk has been presenter of the breakfast show on 936 ABC Hobart since 2011 and before that Ryk worked in theatre and as a writer and producer of several online and radio comedy series including blogdaddy for Radio National and Sneaking off to my shed for DIY Father.com.

Between naps, Ryk is now creating TV and Film projects as a writer and actor. Most recently Ryk played the lead in The First Fagin, a critically acclaimed docu-drama feature film about the life of Isaac Solomon which premiered at Melbourne International Film Festival and was released nationally.

A sought after comedian and MC for festivals, fundraisers and corporate events Ryk loves any excuse to dress up and help other people have a good time. As one of Tasmania’s most highly regarded MC’s and actors. Ryk’s understanding of presentation for different contexts is broad and highly refined.

He is married with two children and is learning how to build things with his own hands that don’t fall down and trying to remember how to swim long distances.