Saul Eslake is one of Australia’s best-known economists. He’s been following, analyzing and offering commentary and advice on the Australian and other economies for more than 40 years.   He prepares a weekly Chart Pack covering developments in the global economy and financial markets, and in the Australian, New Zealand, Chinese and other Asian, US and European economies. 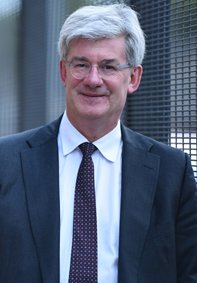 "Saul is an excellent presenter, once again exceptional"

"Saul was an outstanding success with our clients.  His presentations were truly impressive – being able to put recent events into perspective, explain why things have happened the way they have and give soundly based views on where things might go in the future.

Saul was a delight to work with and was very accommodating with participating in three media interviews while in Adelaide – much appreciated. Having Saul involved with our annual Economic Update to our clients was a real plus for the William Buck brand."

"I, and many others, think you are the top economist in Australia"

Saul Eslake is one of Australia’s best-known economists. He’s been following, analyzing and offering commentary and advice on the Australian and other economies for more than 40 years.

Since 2015 Saul has been running his own independent economics advisory and consultancy service, Corinna Economic Advisory, from Hobart, Tasmania. He prepares a weekly Chart Pack covering developments in the global economy and financial markets, and in the Australian, New Zealand, Chinese and other Asian, US and European economies. The weekly Chart Pack also covers central bank and fiscal policy actions, and provides clients with a range of other analysis and commentary.

He does keynote addresses at public and private conferences; participates in panel discussions; presents to boards, investment and asset allocation committees; undertakes customized analyses and reports for corporate, investor, not-for-profit and government clients; has given testimony to Parliamentary Committees; and appears frequently on radio and TV and in the print media in Australia and other countries.

In 2021 Corinna Economic Advisory joined with a similar London-based economics consultancy, Llewellyn Consulting, to form Independent Economics, to offer similar services to clients around the world.

Saul has been the Australian representative on the International Conference of Commercial Bank Economists (ICCBE) since 2003, and chaired its Steering Committee between 2018 and 2021.

He is also a Vice-Chancellor’s Fellow at the University of Tasmania; a member of the Australian Parliamentary Budget Office’s panel of expert advisors, and a member of Australian Taxation Office’s ‘Tax Gap’ expert advisory panel; and a non-executive director of the Macquarie Point Development Corporation, which is managing the re-development of a 14-ha parcel of land adjoining Hobart’s iconic waterfront.

Saul began his career as an economist working for the Australian Treasury, in its Fiscal and Monetary Policy sections, in Canberra, which provided him with a very solid grounding in how macro-economic policies are formulated and implemented. He then worked for the Advisory Council for Inter-Government Relations (specializing in federal-state financial relations and in housing policy) and for the Opposition (Minority) Leader in the Parliament of the State of Victoria, before landing his first position in Australia’s financial markets. Saul then worked in the markets for 25 years, including as Chief Economist at McIntosh Securities (when it was one of Australia’s leading stockbroking firms) in the second half of the 1980s; Chief Economist (International) for the investment management division of National Mutual Life Association (then Australia’s second largest life insurance company) in the first half of the 1990s; Chief Economist at the Australia & New Zealand Banking Group (one of Australia’s four large commercial banks) between 1995 and 2009; and Chief Economist (Australia and New Zealand) for Bank of America Merrill Lynch (one of the world’s largest investment banks) between 2011 and 2015.

He has also previously been a member of the Australian Government’s Foreign Affairs and Trade Policy Advisory Councils; its Tourism Forecasting Committee and Long-Term Tourism Strategy Steering Committee; and its National Housing Supply Council. He’s also previously been Chair of the Tasmanian Arts Advisory Board, which advised on the distribution of grants to arts companies and individual artists. He’s also been a non-executive director of the Gas & Fuel Corporation of Victoria; the Australian Housing and Urban Research Institute; Hydro Tasmania; and Housing Choices Australia.

Monitoring, analysing and trying to predict, trends in the Australian economy has been a major element of my ‘day jobs’ as an economist since I left University in 1979.

You can’t think (or write, or speak) about an economy without also having a sense of the broader social and economic framework in which it operates. I try very hard to avoid partisan political commentary, but I do sometimes feel moved to write or talk about social or political developments.

Commodities – agricultural products, minerals, metals and energy – are far more important to Australia than they are to most other ‘advanced’ economies. The direction of commodity prices is a key influence on the Australian economy, and (usually) on the Australian dollar.

The Nobel Prize winning economist James Tobin once said that the study of economics “ offered the hope, as it still does, that improved understanding could better the lot of mankind”. One of the ways in which it does this is through the implementation of economic policy that helps to ameliorate boom-and-bust cycles, reduces unemployment, contains inflation or lifts people’s living standards in sustainable ways.

The American actor Will Rogers once said (in 1932) that “an economist’s guess is liable to be as good as anybody else’s” (for more jokes about economists, see http://netec.mcc.ac.uk/JokEc.html). More seriously, Paul Krugman (a Nobel Prize winning economist who these days is probably better known for his acerbic columns in the New York Times) wrote, “Economists may make lots of bad predictions, but they do have a method – a systematic way of thinking about the world that is more true than not, that gives them genuine if imperfect expertise. That is also, of course, why lay commentators and other social scientists tend to hate them” (http://web.mit.edu/krugman/www/Serfdom.htm). Some of my thoughts about my profession and its practitioners are here.

I have an abiding belief in education as an ‘enabler’, not only of improvements in individual, community and national living standards, but as essential to developing an informed and engaged citizenry, and in promoting peace and understanding between the people of different nations.

‘Globalization’ – the increasing integration of different countries through the movement of goods and services, capital and people – can be a powerful force for improving people’s living standards and expanding the ranges of choices open to them. But it can also be disruptive – and many people are opposed to it for ideological reasons. I gave a series of talks on the topic in the early 2000s which are reproduced here.

Housing is one of the most important things in people’s lives, whether they own the dwelling in which they live, or rent it – and if they own other property as an investment. And as we saw in the lead-up to, and during, the global financial crisis, what happens in housing markets can be enormously important to the stability of the financial system, and to the health or otherwise of the economy.

The labour market is arguably the most important market in any economy. It is where people find jobs and where businesses find workers. It is where most people’s pre-tax incomes are determined. And it is a primary focus of economic policy. It is also, of course, much more than simply ‘a market’.

As Paul Krugman famously said, “Productivity isn’t everything, but in the long run, it’s nearly everything”. I spent half of the interval between leaving ANZ in July 2009 and starting at Bank of America Merrill Lynch research and writing about productivity growth for the Grattan Institute.

For a long time I have been deeply troubled by many of the things that governments have done since the terrorist attacks of September 11, 2001. Many of those actions have eroded the civil liberties that previous generations fought tenaciously to acquire, or to defend; while others have simply wasted enormous amounts of time and money for very little improvement in people’s safety, and have instead helped to create a climate of fear. While I know these views are not widely shared, I nonetheless hold them strongly, as some of these pieces make clear.