Print
Shane Radbone's learnings from people in the sporting environment, from his clients at EFM and from his days as a CEO in Wendy’s have allowed him to put his thoughts together for his theme - "People Success and Life" 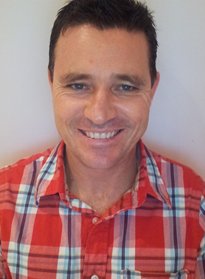 “Shane’s presentation was inspiring and very entertaining. A true leader with a sense of balance that is admirable"

“Finally an Australian Success Story! Shane was a wonderful contribution to the CEO Summit as a keynote presenter. An outstanding performance that was enjoyed by all

“You are the very product that you preach. Visionary, a leader with authenticity, engaged, focused, committed, and above all - that ATTITUDE!!! The message was simple and real, no bells and whistles. It was a story to tell that allowed the audience to be challenged by People first and Profit second. Thank-you for engaging yourself into the Autobarn family for 60mins of your life, this was rewarding and thought provoking."

“Excellent. Shane delivered a presentation to the Australia Post retail staff that was very informative. It really did set the scene for our staff in challenging them on customer service issues that all retailers deal with daily."

Excellent!“Shane’s story is one of passion, hard work, time management, leadership and most importantly, ATTITUDE. Shane was the opening speaker at our national conference and really set the scene for a fantastic conference. He was a hit. Franchisees were able to relate to his story and his messages were truly motivating and inspiring for everyone. I would highly recommend Shane to all other organizations."

Shane Radbone travels from SA
Fee Range: Up to $5000

At age 14 Shane left home an angry and lost young man. 15 years later, he was CEO of one of the largest Franchise systems in Australasia. At the of age 20, he started his own company, called EFM – Executive Fitness Management – that became the largest Corporate Fitness Company in Australia and a winner of the 1996 Australia Day Business Award with more than 25 Franchises nationally. He sold the business in 2000.

At Age 29, Shane became CEO of the Wendy’s group, another Australian success story. Wendy’s is a 325-store chain in Australia and New Zealand and the market leader. In his five years as CEO, he grew the business from a $75m business to more than $120m.

Shane is also very community-minded, as the Chairman of the Burns Trust Australia, Alex Von Doussa Memorial Fund and the Highgate Schools Foundation. Shane’s belief in work-life balance and family meant he took time out of corporate life for 3 months whilst he travelled with his young family.

Restless with bounds of energy and a passion for people, Shane then became the CEO of his own company - EPAC - that specialises in salary packaging for companies wanting to be an ‘employer of choice’ in order to retain their key people – one of Shane’s core beliefs.

In 2006, Shane won the KPMG Advice Bank Award for writing a strategic business Plan for a prominent Theatre Company in South Australia.

In the past few years, Shane has successfully invested in a range of HR businesses was CEO of VIP Home Services, another large Australian/NZ franchise group.

In 2008 Shane was head hunted to become the CEO of Allied Brands, a publicly listed franchise company which owns four brands, including Baskin Robbins Ice Cream, Cookie Man, Kenny’s Cardiology and Awesome Water with a market capitalisation of $100m.

His learnings from people in the sporting environment, from his clients at EFM and from his days as a CEO in Wendy’s have allowed him to put his thoughts together for his theme - "People Success and Life"

People Success and Life - Shane’ presentation is about life and what he has learnt from his sporting, business career and the people he has interacted with. It is a great story about turning a negative into a positive and having the right attitude for success.

Rejuvenating your Business - The presentation and or workshop gives SME business people the opportunity to explore ways and to have tools to innovative in their business to grow.