Print
One of AFL's favourite sons, Stan Alves is an individual whose multi-faceted competencies have seen him transition between champion in the sports arena to business management, development and communication. 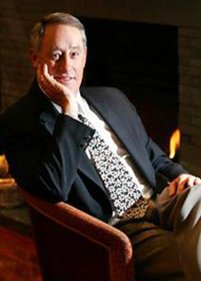 “Excellent. The team valued Stan's presentation highly. His reinforcement of some key messages was something our leaders could take to their teams."
NATIONAL AUSTRALIA BANK

“Excellent. Stan did a great job of relating his football coaching experience back to relevant business experiences of the group. He went way beyond the call of duty by attending the dinner and talking to the participants one-on-one. He was highly entertaining - considering he spoke at the end of a long day of intensive learning, he did well to capture the audiences attention for as long as he did."
MELBOURNE BUSINESS SCHOOL

"We have had overwhelming comment and response from our team members for Stan Alve's presentation and participation. As a company we are challenging each and every one of us to look at who we are, where we are now, where we want to be and how we get there. Stan left no doubt in anyone's mind that we are all personally responsible for our own choices and when we know and recognise this we can give our all to the task at hand, whether in our personal relationship, business or sport. He feels like an trusted "old" friend already."
OC ROBERTS MOTORS
Stan Alves travels from VIC
Fee Range: Up to $5000

One of AFL's favourite sons, Stan Alves is an individual whose multi-faceted competencies have seen him transition between champion in the sports arena to business management, development and communication. Stan is a natural born leader, motivator and communicator, dedicated to passing on his knowledge and experiences to assist people toward greater success, be it in business, education, sport or more importantly, life.


As a player, Stan represented the Melbourne and North Melbourne football clubs a total of 276 times, playing a premiership in 1977 and being Runner Up for the Brownlow Medal in 1975. It is however as a coach that Stan really made his mark. 1994 saw Stan appointed coach of the AFL's St Kilda Football Club. It was a club that had been starved for success and had only won a single premiership in its 97 years in the competition.

The previous season they had finished 12th out of 15 sides in the competition and it was felt that apart from five very good players, they were not up to the required standard. Poor on-field performance and a declining membership base had the club in a precarious financial position - the future looked bleak. Within a five year period, Stan had taken the club to two Final Series, won an Ansett Cup Pre-Season Competition Premiership (their first of any kind for 30 years), got them to their first Grand Final appearance in 31 years and guided them to where they were now respected for their on-field performances.

On an individual basis, thirteen of his maligned players were honoured by the State of Origin selection and one of his players won consecutive Brownlow Medals. The Club, capitalising on their strong on-field performance increased their membership to 25,000 and moved into a strong financial position. For his own part, Stan became St Kilda's second longest serving coach and was rewarded with 1997 Coach of the all Australian Team and 1997 AFL Coach of the Year.

In 2008, Stan was awarded the Medal of Order of Australia (OAM) for service to Australian Rules Football as player, coach and commentator, and to the community as a supporter of charitable organisations.

Off the football field, Stan has extensive knowledge in business management, development and marketing. This experience has ranged from Company Director of his own firm, Verified Financial Planning Pty Ltd, where he was responsible for overseeing the operation of up to 40 consultants and investment advisors, through to the senior management position of General Manager Sales and Financial Planning at IOOF Financial Group during the period when IOOF funds under management grew from $500 million to in excess of $2 billion. he has also held Management roles with ANZ and Mobil Oil.

Stan is author of a book title "The Sacked Coach" which highlights that whilst you may be at the top of your profession, it doesn't protect you from internal and external obstacles and influences.

Achieving Success, Getting There And Going On With It

Goal Setting In All Areas Of Your Life

The Art of Leadership

How To Stay Positive And Motivated In Tough Times

Letting Go Of The Past and Limiting Self Decisions